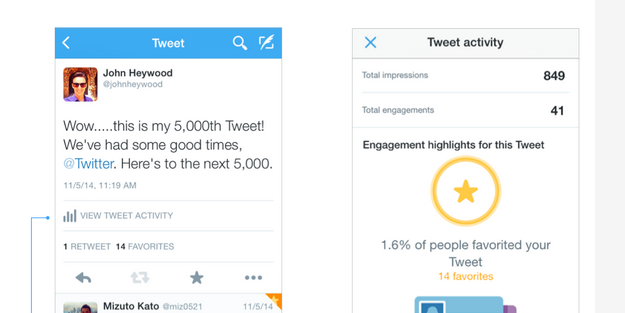 When Twitter introduced mobile, per-tweet analytics for its iOS app a few days ago, marketers and social media managers everywhere surely rejoiced. However, in a bit of a Christmas mystery, we noticed the functionality disappeared without warning on Christmas Eve.

We also spotted a few tweets to corroborate our own discovery:

Where has #TwitterAnalytics gone ? Disappeared from tweets overnight

Was anyone else able to view their tweet analytics? I was — but now it's gone? It was awesome. @twitter

The new functionality was only online for about 24 hours. It’s possible the company is simply performing maintenance when it presumed most people would be occupied with the holidays, but there’s no explanation so far.

We’ve reached out to Twitter for comment and will update if we hear back. Perhaps it was just the Grinch.

Read next: Kodak is coming out with an Android smartphone at CES; a tablet and camera will follow