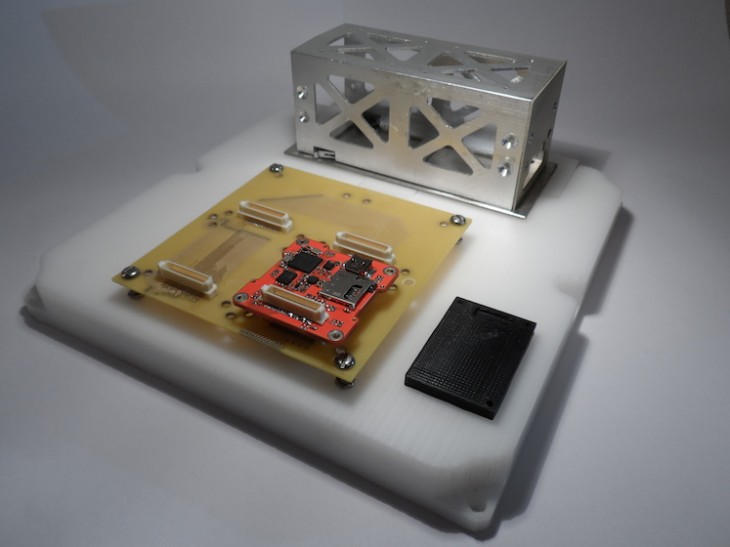 If Interstellar infected you with a renewed passion for space, the PocketQube Kit could be the thing for you. Developed by a Glasgow-based startup, it includes all the components needed to build a micro-satellite.

PocketQube satellites are 5cm cubes that hold the record for being the smallest spacecraft to be successfully launched into and operated in orbit. They were first proposed by Professor Bob Twiggs of Morehead State University as a means of tackling the cost of launching satellites for university groups on a tight budget.

There are currently four PocketQubes in orbit after a successful launch on a Russian rocket late last year. Glasgow-based entrepreneur, Tom Walkinshaw, the founder and CEO of Alba Digital, hopes to majorly increase the number with the new PocketQube Kit.

The kit contains the main building blocks for a small budget satellite project – a spacecraft structure, a radio board, an onboard computer and a Labsat development board to test different electronics boards.

Using a common, community-led standard interface for electronics boards called PQ60 means the PocketQube Kit can interface with a wide range of third-party hardware to carry custom payloads such as sensors. Walkinshaw says he can envisage projects to fly new smartphones into space or test 3D printed parts.

The base version of the PocketQube kit starts at $5,999 (£4,000) but there are multiple configurations available. The company estimates that it will cost around $35,000 in total to launch one of the satellites into orbit, a lot less than the minimum $150,000 required to launch larger models.

Read next: Facebook is testing an official way to sell goods in Groups