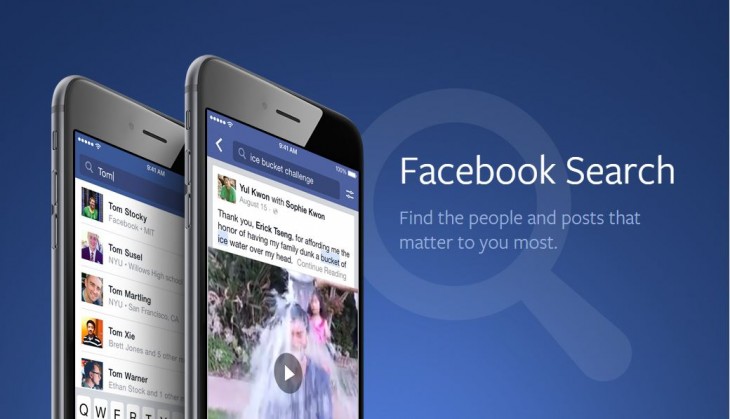 Facebook’s Graph Search tool introduced in early 2013 brought along some notable abilities, allowing you to input queries like “Photos of me after 2012” or “Friends who work at The Next Web.”

The company is now significantly upgrading the tool. As of today, you can finally use all those specific queries right on your phone.

Just as notable, Facebook is also now allowing you to look up any specific post. The company says this was the most requested feature for Graph Search, so now you can easily pull up an old video you just remembered or that article you’d been meaning to read for a long time.

To look up a post, simply type in some keywords that appear in it; Facebook uses”Caroline wedding” and “Ice bucket challenge” as examples. It’s essentially the same as a Google query, except in this case you’re searching through a database of posts made by you and and your friends.

Graph Search has certainly long been useful for power-users, but the introduction of these two new abilities should make it much more relevant for the average Facebooker.

Read next: YouTube now tells you what happens when you upload copyrighted music