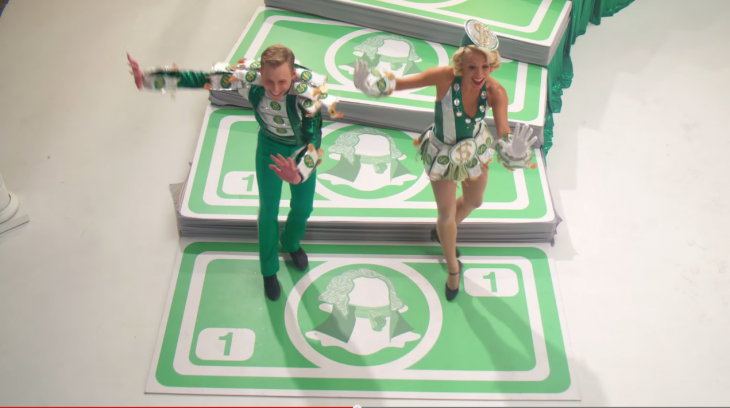 This article is part of a series written by speakers featuring at our upcoming TNW USA Conference on December 10 in New York. It is adapted from Nir’s book, Hooked: How to Build Habit-Forming Products.

Have you noticed all the startups raising massive sums of money recently?

Perhaps you’ve scratched your head wondering how a company like BuzzFeed, known for its website full of animated gifs, listicles and quizzes, just raised $50 million dollars, valuing the company at a reported $850 million. Snapchat, the messaging app known for helping teenagers sext one another, reportedly received a $10 billion valuation from its investors. Has the world gone mad?

Some industry watchers see the recent boom in seemingly trivial apps and websites as foretelling tech bubble 2.0. However, there’s much more to the story.

Our knee-jerk reaction to classify innovation as either important or frivolous is exactly why many are left aghast when previously dismissed companies reveal shocking valuations in ridiculous investment rounds.

Most people, including many professional investors, tend to put new products into one of two categories: vitamins or painkillers.

Painkillers tackle important problems. They solve an obvious need, relieving a customer’s specific pain and addressing a quantifiable market. Think Tylenol, the brand name version of acetaminophen, and the product’s promise of reliable relief. It’s the kind of ready-made solution for which people are happy to pay.

Innovators in companies big and small are constantly asked to prove their idea is important enough to merit the time and money needed to build it. Gatekeepers such as division heads and managers want to invest in solving real problems — or, meeting immediate needs — by backing painkillers.

In contrast, vitamins do not necessarily solve an obvious pain-point. Instead they appeal to users’ emotional rather than functional needs. When we take our multivitamin each morning, we don’t really know if it is actually making us healthier.

Efficacy is not why we take vitamins. Taking a vitamin is a “check it off your list” behavior we measure in terms of psychological, rather than physical, relief. We feel satisfied that we are doing something good for our bodies — even if we can’t tell how much good it is actually doing us.

Unlike a painkiller, which we can not function without, missing a few days of vitamin popping, say while on vacation, is no big deal. Likewise, people tend to dismiss innovations like BuzzFeed as vitamins believing it’s a nice-to-have product, not a must-have — and for the most part, they’re right.

However, what we often fail to realize is that over time, vitamins can become painkillers. As BuzzFeed investor Chris Dixon wrote, “the next big thing will start out looking like a toy.”

Most people would guess vitamins, thinking users aren’t doing much of anything important other than perhaps seeking a quick boost of social validation. Before making up your mind on the vitamin or painkiller debate for some of the world’s most successful tech companies, consider this idea: a habit is when not doing an action causes a bit of pain.

Think back to before you first started using these services. No one ever woke up in the middle of the night screaming, “I need something to help me update my status!” Like so many innovations, people did not know they needed Facebook until it became part of their everyday lives — until it became a habit.

It is important to clarify that the term “painpoint,” as it is frequently used in business school and marketing books, is somewhat hyperbolic. In reality, the experience we are talking about is more similar to an “itch,” a feeling that manifests within the mind and causes discomfort until it is satisfied.

The habit-forming products we use are simply there to provide some sort of relief. Using a technology or product to scratch the itch provides faster satisfaction than ignoring it. Once we come to depend on a tool, nothing else will do.

Seeking pleasure and avoiding pain are two key motivators in all species. When we feel discomfort, we seek to escape the uncomfortable sensation. Over time, the solution to the user’s pain is found in the product’s use.

Habit-forming technologies seem, at first, to be offering nice-to-have vitamins, but once the habit is established, they provide an ongoing pain remedy. It is easy to dismiss these seemingly frivolous technologies when we don’t understand the deeper psychology compelling users to come back again and again.