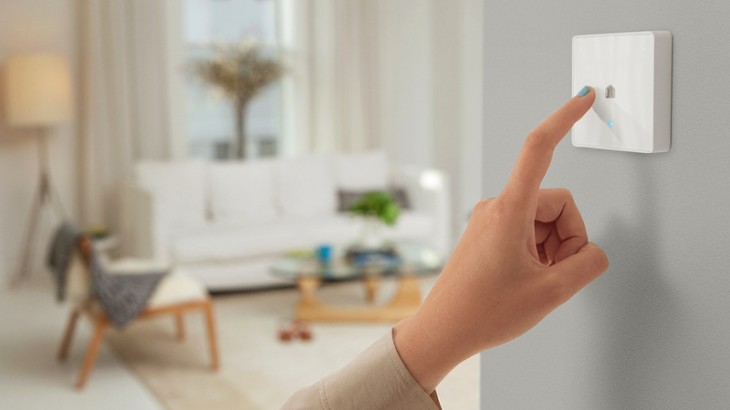 Among the highlights is the Norm, the “death to the thermostat” which controls your home’s temperature by relying on the network of sensors around the house. For example, the Norm can recognize where users are in the home based on the motion or usage of smart products, and adjust the temperature to your desired levels.

Other new products announced today include:

Quirky also announced the Uniq program, allowing customers to build their own custom sensor systems from the Quirky website. With Uniq, customers can create:

The company has acquired a micro-manufacturing facility in San Francisco to create and ship these systems from within the United States. The facility is geared to open in mid-December, and pre-orders for the Spotter Uniq start today.

Lastly, the company announced an update to the Wink app which includes shortcuts and “Robots” to automate your smart home device based on your usage behavior. You learn more about Wink-connected devices via the newly-launched Wink.com.

The rest of the new Quirky + GE line, with the exception of the Outlink and Tapt which is available now, will roll out through the rest of the year into early 2015.