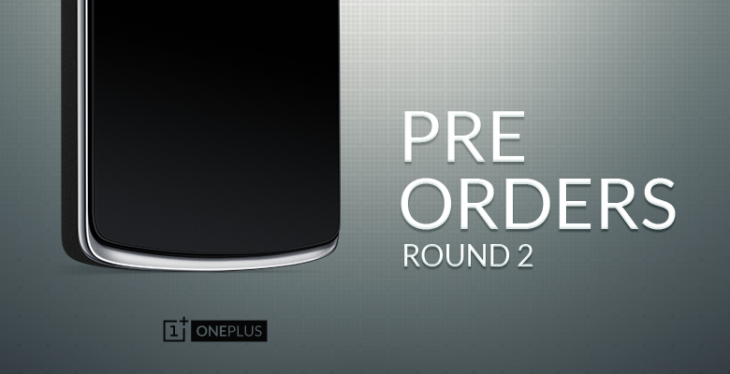 After some hiccups with the first round of pre-orders for its flagship phone, OnePlus will be back at it for one hour on November 17, at 16:00 GMT.

As so many people were interested in the OnePlus One, the company’s servers saw some issues from the surge of visitors.

This time around, they will be shipping immediately if they have the phones in stock when you place your order. If not, your order will be automatically put on a pre-order waitlist with an estimated shipping time.

OnePlus is also offering a discount on some its accessories to thank the fans who may have missed out on the initial run of devices.

The phone packs powerful specs for a bargain price, so its no surprise that it so many people showed interest in the device. Hopefully things go more smoothly this time around.

➤ Pre-orders are Back for Round 2 [OnePlus Blog]