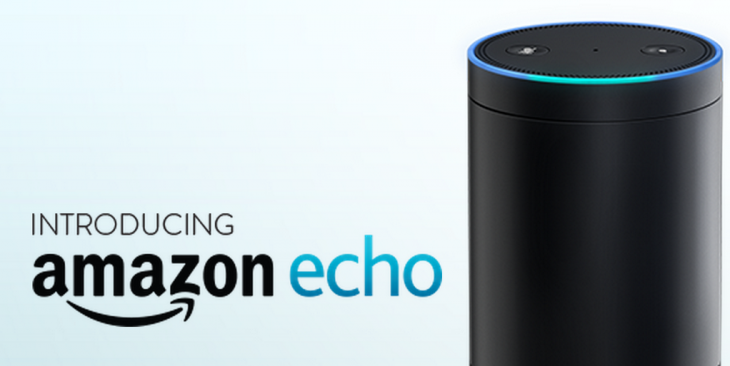 Voice assistants have started to gain traction thanks to the success of products like Google Now and Siri, but now Amazon is joining the fray with a completely different approach of its own, the Amazon Echo.

https://www.youtube.com/watch?v=KkOCeAtKHIc
Instead of being locked to your mobile device, Echo is a standalone speaker that’s meant to give you easy access to information such as the news and weather while at home (indeed, it needs to be plugged in to an outlet). It can also set alarms and timers, make lists or answer questions using sources like Wikipedia.

It can also play audio from various sources, including Amazon Prime, iHeartRadio, and TuneIn. Alternatively, you can use Bluetooth to stream audio from your devices, like any other wireless speaker.

The assistant is a multi-directional listening post with seven microphones arranged in a circular array. Likewise, it has 360 degree speakers to play back audio clearly to wherever you’re standing.

Amazon will be releasing Fire OS and Android companion apps to help manage your information and view your lists, while desktop and iOS users can user access the system via their browsers.

People are accustomed to using voice control on their phones and in their cars, but homes are one area where the technology has hardly made a dent. It’s not hard to imagine how a voice assistant could come in handy at home: you could pull up recipes while cooking, check the weather while getting dressed or get definitions while reading a book. Whether Echo actually performs well, however, remains to be seen.

The device will go on sale for  $199, but for a limited time, Prime members can purchase theirs for $99. You’ll probably have to wait, however; sales are currently invite-only.

Read next: 10 more exciting early-stage startups to look out for