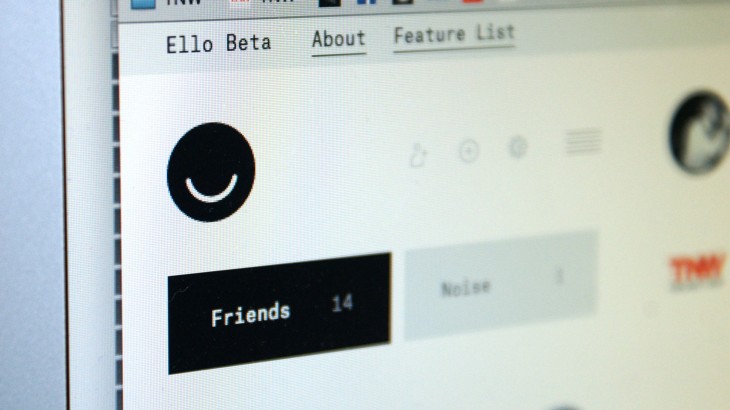 Ello, the social network that has recently gained traction as an ad-free and more private alternative to Facebook, has raised $5.5 million in venture funding, according to Recode.

The new resources will be used primarily to build the infrastructure needed to run the social network – something particularly important given the speed with which it’s grown as of late, despite being invite-only.

The service currently has over 1 million users, but CEO Paul Budnitz told Recode over 3 million people are on the waiting list. The number of users was growing so fast that the company had to freeze signups to let its servers catch up.

Its appeal comes largely from the company’s mission to never show ads or sell user data, an enticing claim for many given constant concerns over how Facebook uses yours. But taking on venture capital adds some doubt to the idea in the company’s manifesto  that “you are not the product”.

Venture funding looks to make its money back, with interest. Because of this, previous companies to get funded after starting ad-free don’t have a good record of staying ad-free.

But for its part, Ello says all of its investors and founders signed a letter committing to its mission. To this point, it has become a Public Benefit Corporation in Delaware to ensure it needn’t display ads or sell user data, even if acquired.

The company says it eventually wants to sell “special features” to make money –  essentially a freemium model – but as that business model isn’t in place yet, it needs the extra cash to scale.

Until a sustainable stream of revenue is in place, it’s still at the mercy of its investors. Whether or not it can adhere to its mission while being successful in the long run, we’ll have to wait and see.

Update: Ello sent us a statement us on becoming a Public Benefit Corporation in Delaware, which protects it from having to show ads if it were acquired or had its assets transferred. The article has been updated to reflect this.

The Ello PBC Charter makes it legally impossible under US law for investors to require Ello to ever show ads, sell user data, or sell the company to any buyer who would violate any of the listed conditions.

Ello’s PBC’s charter states that Ello shall not for pecuniary gain:

2. Enter into an agreement to display paid advertising on behalf of a third party; and

3. In the event of an acquisition or asset transfer, the Company shal require any acquiring entity to adopt these requirements with respect to the operation of Ello or its assets.