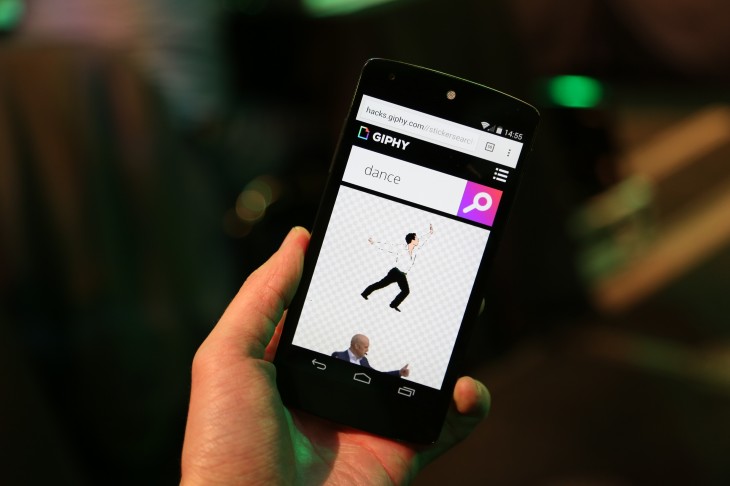 Giphy is expanding its searchable library of animated GIFs with a new sticker API. The move means it can offer developers an ever-expanding library of GIFs – which all use transparent backgrounds, hence the “sticker” label – to plug into their apps and sites.

Giphy is taking a two-pronged approach with the new format. It uses crawlers to find eligible stickers from across the Web, alongside an in-house team of sticker-hunting editors. Similar to how its existing database operates, Giphy then organises and indexes the stickers to ensure people can easily search for them. Finally, Giphy has its own network of artists, as well as partnerships with GIF specialists ADHD and Frederator, which bulks up its library.

The new API will be free to use and will update automatically, so any platform that integrates its library will always have Giphy’s latest additions.

To begin with, the company says its API will be for non-commercial use, although it has ambitions to become an “indie label” for animated stickers. “We eventually see ourselves as a distribution portal for any independent artist who wants to sell their animated sticker inside apps within our network of messaging apps,” Nam Nguyen, Director of Business Development at Giphy said.

To highlight its interest in this area, Giphy has been running a Sticker Shop contest with messaging app Line, and released a pizza-themed sticker pack in partnership with ADHD inside the Line app sticker store.

At launch, Kanvas, Gifyogurt and Bindle will support Giphy’s new sticker API. The company is also in talks with Slack and other, currently unannounced messaging apps. It’s an obvious move for Giphy; while GIFs are popular on the Web, they’ve been supplanted on mobile by static stickers. Offering animated “stickers” – a halfway house between the two – could prove popular.

Read next: Microsoft releases a Music Deals app for $2 albums on Windows devices