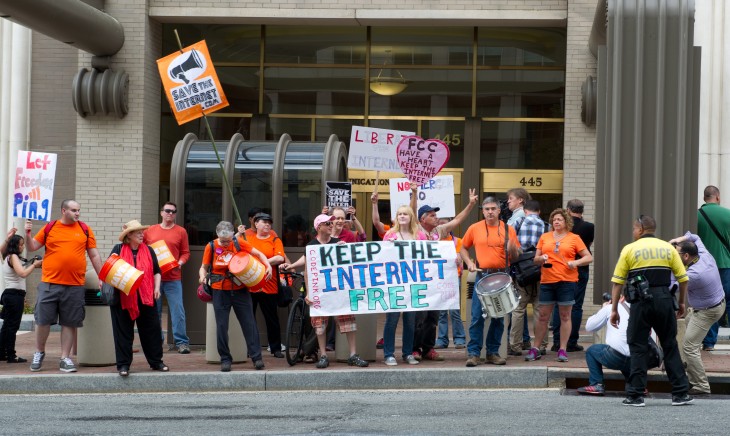 Some of the most prolific technology companies are banding together today to rally support for net neutrality and challenge proposals that many fear will create a two-tiered system on the internet.

Reddit, Netflix, Mozilla, Foursquare, Vimeo, Kickstarter and Dropbox, among others, have thrown their support behind the ‘Day of Action‘ on September 10.

The campaign is spearheaded by Battle for the Net, a site backed by Freepress, Fight for the Future, Demand Progress and Engine. It offers banner images, widgets and profile pictures of the classic loading symbol that anyone can display prominently on their site, social media or forum accounts.

They highlight what could happen if internet service providers (ISPs) are able to throttle specific sites and services. The concern is that such a system will allow ISPs to unfairly favor their own services, or other companies that they’ve struck deals with. Smaller firms looking to enter the market would find it more difficult to do so, due to the costs involved with accessing “fast lanes.”

The Federal Communications Commission (FCC) in the US is proposing a new framework that stops short of banning this practice. The agency is taking feedback until September 15 and today’s demonstrations are designed to raise public awareness and increase the number of people filing complaints.

Some of the companies involved in the ‘Day of Action’ are displaying the slow-loading symbol on their site. Others are contributing in their own way: Mozilla has set up a dedicated Ask Me Anything (AMA) thread on Reddit, while Vimeo has produced a video explaining the importance of net neutrality.

Reddit co-founder Alexis Ohanian, meanwhile, has penned a piece on The Verge encouraging fellow tech entrepreneurs to take part in the protests.

It should be noted that so far, none of the participants have suggested they’ll be slowing down their services. The widgets are strictly visual and shouldn’t affect visitors’ experiences in any significant way. While this is great for users, it could reduce the campaign’s impact. The “blackout” movement against the Stop Online Piracy Act (SOPA) and Protect IP Act (PIPA) in 2012 was arguably more ambitious – Wikipedia, for instance, took its site down for 24 hours.

It’ll be interesting to see what impression today’s demonstrations have on the level of public support for net neutrality, as well as the number of complaints filed to the FCC and other members of the US political system.

Read next: Skype for Windows Phone gets location sharing, picture saving, and notification controls for each conversation