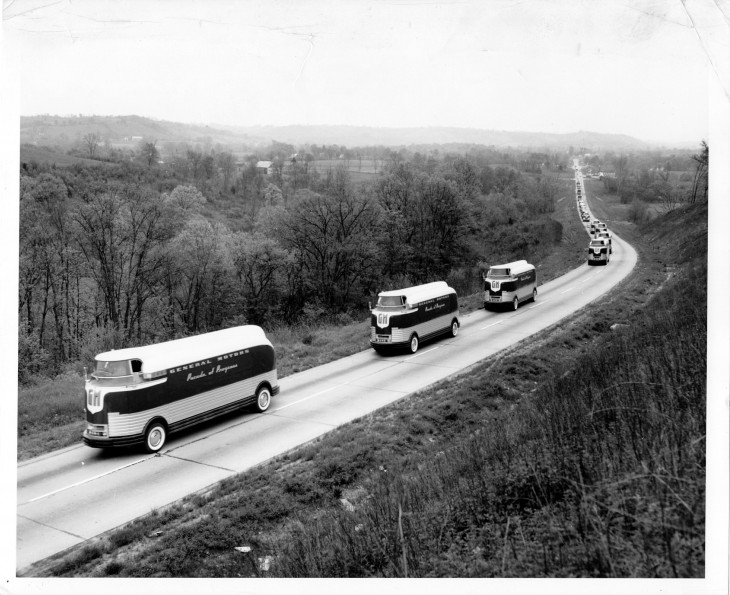 David Weinberger is speaking at this year’s TNW USA conference in New York on December 10. Click here to learn more. This post was also published on Medium.

Every year in the depth of the Boston winter, we believe it will get better by May. And we’re always right. But because we know that by November it’s going to be bad again, we’re not talking about progress. If only.

Progress is a straight line, not a circle. Sure, it can have some rough spots and even take an occasional step backwards, but overall it has to be heading pretty consistently toward improvement or else it’s not progress. This is, by the way, a modern idea. It was only at the end of the seventeenth century that we in the West started to believe that we could actually make progress beyond the ancient wisdom, and then started to think making progress is what humans do. Once the progress meme entered our culture, it never left.

Charles Van Doren in his 1967 book The Idea of Progress sums up the concept: to believe in progress is to believe that there’s a discoverable pattern in the history of mankind that leads irreversibly towards improvement. We talk about the “march of progress” because we have an image of ourselves on a road advancing to a better future one solid step at a time.

So, in the Age of the Internet, do we still believe in progress?

Let’s leave aside the Evgeny Morozovs and the Sherry Turkels who focus on the Internet as a negative force. Even among those who, like me, are generally optimistic about the Net, do we see it as governed by progress?

I think yes, but it’s progress in a Netty sense.

Our conception of progress has been that it’s a straight line. But progress on the Net forks. And then forks again. And then gets combined with a forky fork forked from somewhere else on the Net. The simple picture of progress being a march doesn’t capture the multi-billion person scurrying characteristic of the Net.

The old idea of progress also doesn’t capture the dynamics of the Internet’s wild re-use of what’s already been built. The old idea was that as an idea proved itself, it would serve as the basis for the next improvement, the way that clocks got better — more accurate, smaller — over the course of hundreds of years.

This old idea was architectural and thus conservative: a new brick becomes part of the foundation of knowledge only when we’re very sure that it’s right and worthy. On the Net, ideas good and bad are scavenged and re-used. People take up an idea, play with it, incorporate it, then swap in a newer and/or better idea and see what they can build on it. If the tower topples, you cry “Jenga!” and start again. So, although Netty creativity does indeed build on what came before it, it’s not waiting for a single, agreed-upon foundation to set.

And then there’s the sense of inevitability, of destiny, in the old idea of progress. On the Net, not so much. Was Twitter inevitable? How about the invention of the hashtag by a user, Chris Messina, that helped turn Twitter into a crucial part of the news ecosystem? Was that inevitable? Nah. It happened. Something else might have happened, and it probably will. The Net is more like a bazaar than like a road heading somewhere.

Read next: Netflix brings Post-Play to Chromecast, lets you line up your next show without lifting a finger