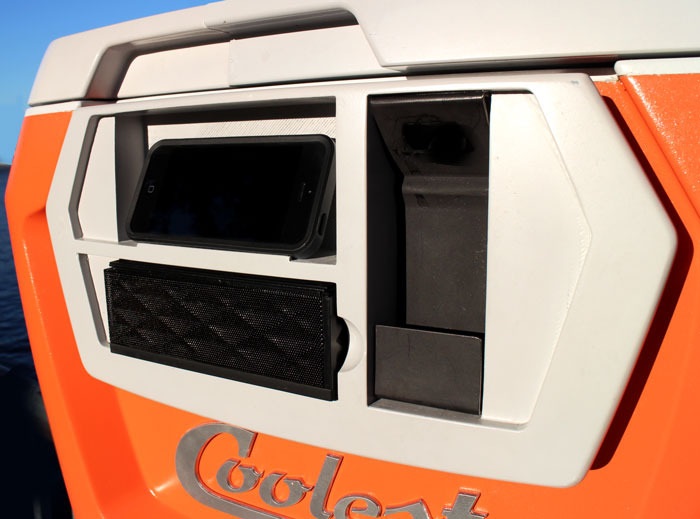 Pebble’s spot at the top of the Kickstarter leaderboard for collecting the most campaign contributions has come to an end, and it was ousted by a humble cooler.

Well, it’s not just any cooler as it happens, it’s the Coolest Cooler, which promises not only to keep your food and drinks cool, but also integates a clip-on blender/ice crusher for creating cocktails in the park, an app-controlled integrated Bluetooth speaker for listening to music and a USB port for charging your soon to be depleted electronic devices.

There’s also a bunch of other features too, such as a bottle opener, split lid and divider, storage for plastic plates and cutlery, and more.

Clearly, it’s not just us who thought it sounds interesting; it’s currently standing at $10.3 million raised of its $50,000 goal with 59 hours left to go. Pebble’s campaign closed at $10.2 million two years ago.

If you’re interested in backing the campaign before it closes, the lowest pledge to get yourself a Coolest Cooler is $185, but if you live outside the US, you’ll need to add another $100 for international shipping. Coolers aren’t small, you know.

Read next: How to get the best of TNW in your inbox every Friday