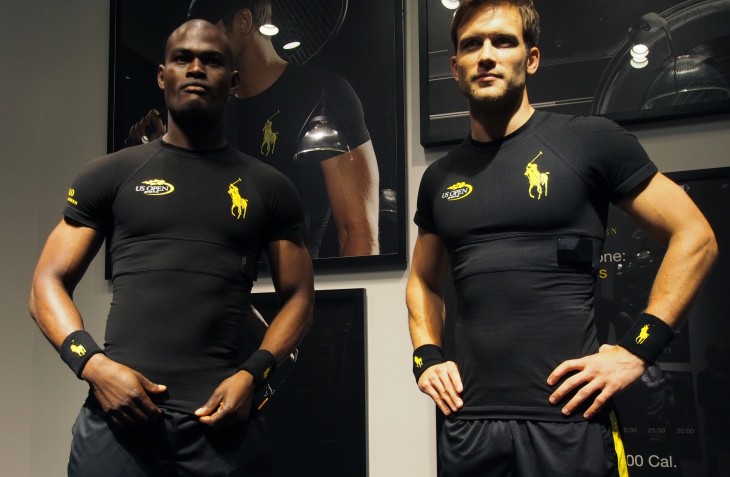 Tennis isn’t the only game Ralph Lauren’s getting its hands on these days. Just in time for the first day of the US Open 2014, the fashion house has announced the launch of its own wearable tech line, which will provide athletes real-time biometric stats via a smart shirt.

The launch features the Polo Tech shirt which is currently distributed to ball boys at this year’s US Open to help monitor their respiration, heart rate and stress level. The team says they are using the event to test the product before finalizing the shirt’s design.

The slick, machine-washable tee is crafted with silver conductive thread woven into the fabric to track the wearer’s vitals. It is also designed to wick moisture and keep the wearer cool.

Ralph Lauren’s latest venture is in collaboration with Montreal-based wearable tech company OMsignal, which has designed a custom skin of its app for users to track their stats while wearing the shirt. The user just taps the app to begin tracking vitals and the removable black box on the shirt transmits data via Bluetooth.

In our hands-on demo, the stretch fabric feels fairly thick, but lightweight. The shirt is extra thick around the chest area, where the silver conductive thread is integrated into the band. The US Open ball boys say they’ve been wearing the shirt for a few days and find it breathable, and the black box does not get in the way of their arm swings. 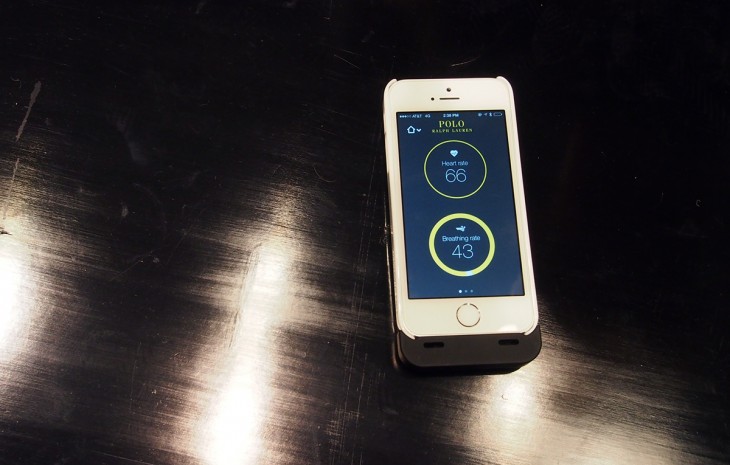 Ralph Lauren says moving into the wearable tech space is a natural progression for its brand, as today’s American lifestyle revolves around being constantly connected.

“We wanted to design something that fits in with the modern lifestyle and not just a gadget,” Tom Jarrold, Vice President of Global Marketing at Ralph Lauren, told TNW. Although the Polo Tech is currently geared toward athletes and their coaches to improve performance, the team says the casual look of the top makes it perfect for everyday wear as well.

Ralph Lauren is among one of several luxury fashion brands tackling the wearable market. If shades or fitness bands are more your pace, you can opt for Google Glass frames by Diane von Furstenberg or FitBit accessories from Tory Burch.

The team anticipates the Polo Tech – including more colors and women’s sizes – will hit the market in Spring 2015. Prices are not available, as yet.

Read next: Google Glass frames and shades designed by Diane von Furstenberg are now available in the US

Read next: A step-by-step guide to hosting or joining a Twitter chat