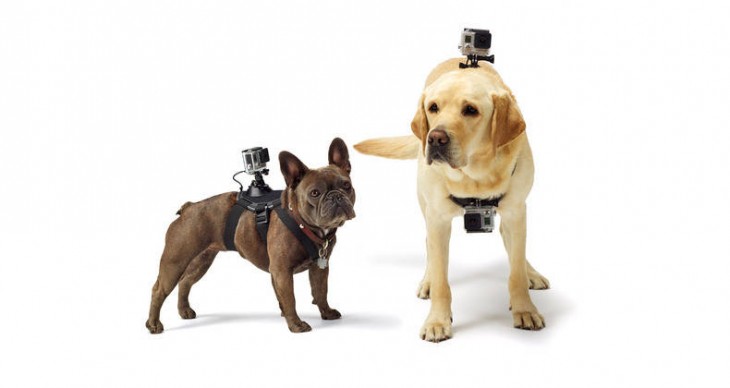 It was only a matter of time. GoPro cameras can be fitted to helmets, cars, surfboards and more, but now there’s a new way to film with these durable cameras: From the perspective of man’s best friend.

GoPro today announced Fetch, a harness that lets you mount two Hero cameras to your dog. The first is attached on the back for a view just behind the head, while the second is fitted on the chest for an angle closer to ground-level. The mount is adjustable and GoPro says it should fit a range of dog breeds ranging from 15 to 120 pounds. It’s also washable and features “quick release bases” to make attaching and removing the GoPro cameras stress-free.

For $59.99, dog owners can now film their favorite canines running, digging, chasing sticks, sniffing butts and all that other good stuff.

Read next: 10 tips to build trust with first-time subscribers, leads and customers