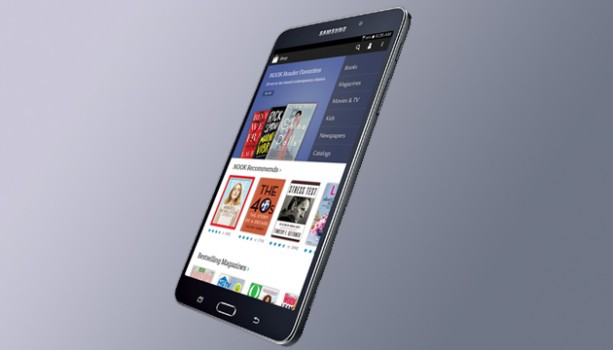 Following a recent tease, Samsung and Nook have finally teamed up to announce the Galaxy Tab 4 Nook. It’s aimed at those who want the best of both worlds: a full Android tablet that can also double up as a solid e-reader.

There’s no doubt, then, that both companies are targeting Amazon’s range of Kindle Fire tablets, which also function as a tablet and an e-reader.

Designed and put together mainly by Samsung – based on the Galaxy Tab 4 design – books and other materials can be downloaded from the Nook store.

In terms of specs, there’s a 7- inch 1280×800 screen, a 1.2GHz quad-core Snapdragon processor and Android 4.4 KitKat on board. And it’s now available to purchase in Barnes and Noble retail outlets for $179 respectively.

Hopefully, Barnes and Noble will be able to use its new business model – having an external manufacturer to create its e-readers – to survive turbulent times.

Read next: Online backup service Backblaze releases an Android app for accessing your files on the go