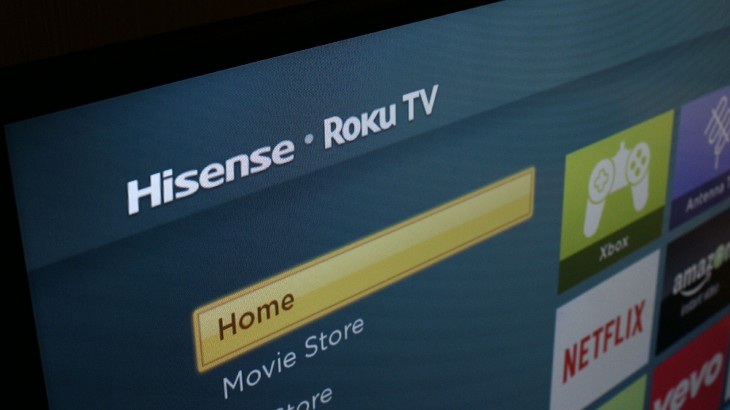 Smart TVs are anything but smart. The UI is usually incredibly cumbersome, riddled with confusing elements and generally makes you want to pry the Smart TV button off of your remote. But the new Roku TV is different because it started as a streaming box people actually like.

Beginning today you can pre-order a Roku TV from TCL while Hisense has announced that its Roku TVs will be available in late September. Both manufacturers have the Roku OS for TV on their televisions. The TV-centric version of Roku OS is nearly identical to the set-top box OS.

The key differences are that the channels found on the streaming boxes are now joined by channels that correspond with HDMI connected devices like a cable box, TiVo, blu-ray player or video game console. Even the remote is similar but with added volume controls and media buttons that launch Netflix, Amazon, Rdio and Vudu with the push of a button. One bummer is that, unlike the Roku 3’s RF remote, the TV remotes are IR and require line of sight to work.

Roku announced that it was partnering with TV manufacturers at CES 2014. The TVs, like the set-top boxes and dongles, have access to over 1,700 channels (what Roku calls its apps).  It’s not the first company to try and partner with the TV industry. Google tried and failed with the Google TV before it was retired and replaced with the Chromecast and Android TV.

The new TVs continue to hammer home the idea that streaming services like Netflix and Hulu are actually their own networks. While much of what they offer is “syndicated,” original shows like Orange is the New Black and House of Cards are making headlines and winning awards. It highlights that the TV show delivery system is undergoing a radical change and Roku is partnering with TV manufacturers to simplify the process of switching between traditional TV and streaming services.

Read next: India becomes Uber's largest market outside US with launch of its service in four additional cities