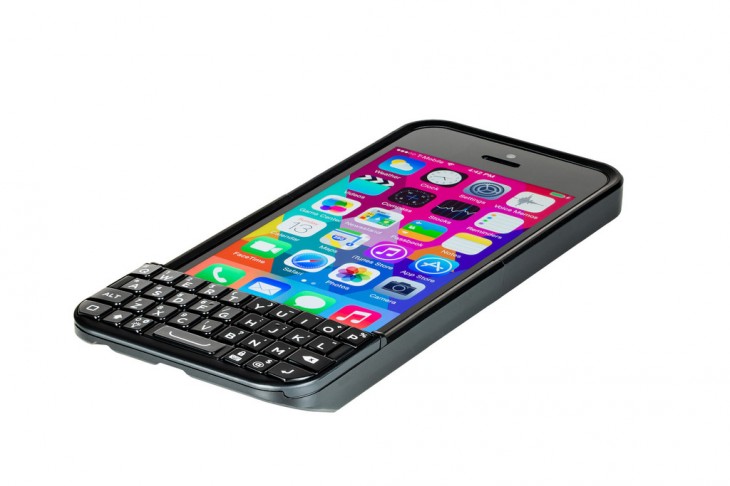 The company behind the Typo keyboard case, which added a BlackBerry-style keyboard to your iPhone 5 or 5s, has announced the second version of the case, and this time it’s a tiny bit less like a BlackBerry.

While the original could perhaps make you a more productive note-taker or quicker at responding to messages, provided you didn’t mind what it did to the look of your carefully designed iPhone 5s, the company was taken to court for infringing on BlackBerry’s keyboard design. The result, as it stood in March this year, was a preliminary injunction putting a stop to sales.

With this second version, it will obviously be hoping to avoid going down the same road again – one of the changes which seems to have been made is removing the metal strips between each row on the keyboard. Nonetheless, it’d be hard to argue it looks nothing like a BlackBerry.

Of course, whether or not the market cares about Qwerty keyboards on phones anymore is a different question altogether.

If you do, you can pre-order one now for $99. Delivery starts in September.

Read next: Wikipedia goes fully native on iOS and now lets you edit articles too