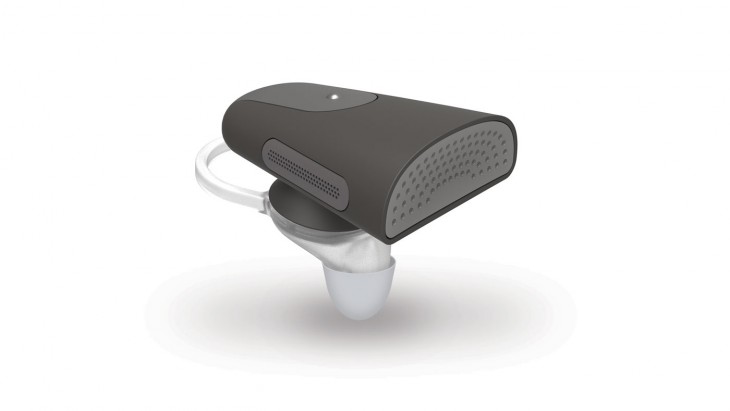 I’ve destroyed my hearing. It’s not bad yet, but it will be. I’ve seen far too many concerts (including the ear-destroying Motörhead a few times) without using earplugs. For people like myself, or anyone that might have trouble hearing for other reasons Soundhawk offers customizable listening settings so you’ll stop yelling, “What?” while talking to friends face-to-face in noisy environments. 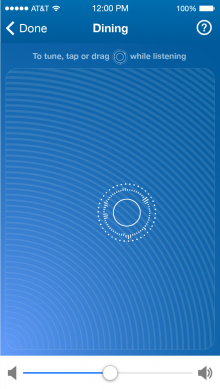 The Soundhawk system has a companion app (iOS and Android) that is used to create a hearing profile that works for you. Set the app to one of four environments; indoors, dining, driving and outdoors. From within each environment, you can control the frequency of what’s blocked and what’s enhanced until you hear what you want to hear by moving a dot on a sound field.

Plus, the Soundhawk dynamically adjusts based on the environment. For example, if the wind picks up while you’re outside, the in-ear hardware (called the Scoop) picks up the change in the environment and folds the new sound into the frequency that’s reduced by the system.

For environments where you need to talk to someone or want to listen to something across a noisy room, a companion mic can be used with the Scoop so you can zero in on that one sound source.

I tried the system out and it worked great. I could hear other people in a noisy room while reducing background. There was the tell-tale sound of digital processing and if you wanted too, you can make everyone sound like a robot. But as a way to help hear other in less-than pristine environments, for anyone that needs a little bit of help, it’s great system.

The entire system fits in a case that also charges the Scoop and mic. It’s a moderately compact package that you can keep in a bag or purse. It’s too large for pockets and it might be too large for some pocketbooks.

At $299 (it’s available for $279 for a limited time), it’s not cheap. But, if you need some help hearing and don’t mind looking having a Bluetooth headset in your ear (it doubles as a headset for calls), the Soundhawk could help you actually hear what your friends are saying in a noisy restaurant.