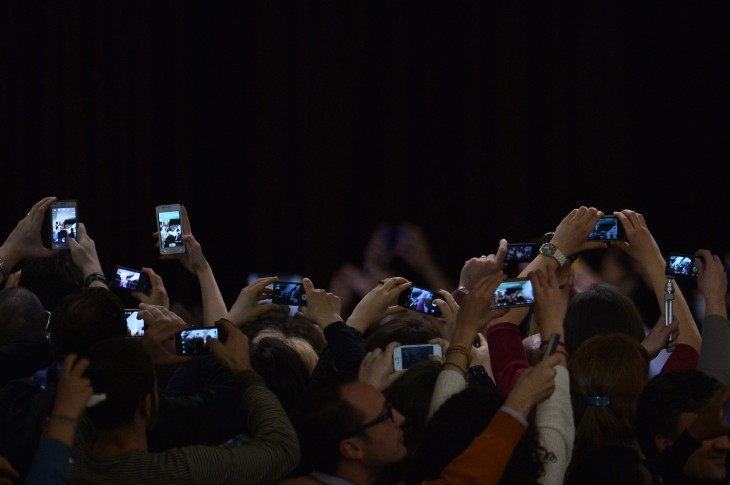 The PC is dying, long live the PC! These headlines have been thrown around for years, as sales of laptops and desktops have continually dwindled downward.

The tablet has long been pinned as the murderer of the traditional computers and it certainly looked like it was going to be the one to do away with them (perhaps in a few years), with the focus of many companies such as Apple and Microsoft shifting towards a tablet-first world.

It’s obvious from the steadily declining shipments of traditional computers and companies exiting the PC market, that it’s not looking good for PCs, with tablets regularly eating into computer shipments year on year.

That was, until Apple reported in its last earnings call that it had actually sold fewer iPads than the previous quarter for the first time ever. The media is in a frenzy, wondering if the tablet isn’t the savior after all. From stories wondering if Apple’s iPad business is collapsing to others pointing to tablet demand hitting a wall, it seems that the world has suddenly realized that tablets aren’t  all they’re cracked up to be; perhaps they won’t outsell the PC after all.

But that’s not because tablets are dying, it’s because a deeper shift is underway that will fundamentally change the way the internet is used in the future.

Tablets have been on an insane trajectory for the last few years, but the rate of adoption was a little odd, compared with traditional uptake. According to two separate Pew Research studies, adoption has thus far been made up of:

A post by Dustin Curtis this week pointed out that this is the exact opposite of how new technology is traditionally adopted, with older people adopting tablets must more rapidly than those that are younger. How can this be? Probably because the older generation ‘gets’ the tablet and “naturally extends” the function of the desktop/laptop computers they’re used to.

Benedict Evans also published a great, in depth look at iPad sales trends which sheds a lot of light on what’s really going on under the surface, which can be seen in the graph below. For example, iPhones are continuing to grow at an exponential rate, but the iPad is hitting a wall.

Tablet growth being driven by the older generation actually points to a more interesting shift. There are two different worlds on the internet, which may not be apparent on the surface. The way that the older generation interacted with the internet was primarily through a Web browser or email client; these generations are accustomed to visiting websites and using search engines to find content and interact with others.

The over 30-age demographic grew up with desktop email, internet forums, chat rooms, instant messaging and message boards, where the the majority of the internet was experienced through a single application — the Web browser — which was the gateway to the world. Accessing the Web relied on this, and tablets are a natural extension of this behavior.

Tablets have a nice, large screen and are easy to use for these tasks since most desktop sites work reasonably well in their browsers. They have decent email clients. If this is the old internet, what does the new internet look like?

For the younger generation, the answer appears to be hundreds of small, single-purpose apps that work together seamlessly. Dustin points out in his piece that:

Young people are growing up on the mobile phone as their primary computing device, which has fundamentally changed the way they use and think about the internet

This is backed up by the data. Pew reports that 74% of teenagers use the internet from their phones and an increasing number of them are ‘cell-mostly’ users, with 55% of young users choosing to use only their phones. We’re living in a world where young smartphone users overwhelmingly choose apps as their way to access the internet.

Young people don’t use tablets because they don’t see them as necessary for accessing the internet, since their perception is that apps are what makes up the internet. They’ve grown up primarily using their phones, not using laptops with Web browsers. To this generation, it seems slow, purposeless even to go from website to website in a single, sub-par Web browser environment when they can get rich app experiences right from their home screen.

The older generations, who are more accustomed to the traditional Web, transition to tablets and predominantly use the Web browser and email client but download a few apps here and there, slowly transitioning into the modern app-first world, but not diving in head first.

The big players have started to notice this trend, so are moving quickly to adapt to a world where your app has to do one thing well but can work in unison with a range of their own apps and services.

Facebook was one of the first companies to notably start forcing its apps to be separate, smaller entities that live on their own. Messenger is now completely removed from the main application and requires a separate download. The alternative Paper app is a separate download too, along with its other properties, Instagram and WhatsApp.

Some of the largest smartphone success stories have started out as app-only, which further proves that this is the new way of interacting for young people. For many years, Instagram only had an iOS application and no Web counterpart. WhatsApp still doesn’t have a Web client, or a desktop app, instead choosing to stick to smartphones.

Others, such as Vine, Snapchat and Secret started life in the same way. There’s simply no need to create a browser-based version in many cases, as the target users of the younger generation users won’t ever miss it. There’s a now whole new class of internet that excludes Web browsers.

Twitter actually saw this coming some time ago, when it launched deep-linking of mobile apps inside its own applications. The value of smartphones is tied up in being able to smoothly jump between app experiences, but also allowing them to all communicate with one another.

Facebook only got around to releasing this same functionality this week, but it shows the direction it’s headed — more mobile apps — so the company has open sourced the technology. The numbers agree with this, too, with smartphone app installs climbing year on year to an average of somewhere between 40-60 apps installed per device.

This number will only get higher as the younger generation gets older and continues to expect this to be the primary way to use the Web. As time goes by, mobile users are spending more and more time in apps and less time in browsers, according to Smart Insights.

The Web is evolving

All of this isn’t to say that tablets aren’t useful — they certainly are — but the most interesting thing about this trend is that the line between smartphone and tablet is quickly blurring, as the devices were more of a temporary solution to an evolving internet.

As smartphones get bigger and tablet sales begin to shrink, it exposes just why tablets might have been so popular in the interim. Dustin put it eloquently that “the tablet is really just a temporary evolutionary sidestep that overcomes screen and battery technology issues in mobile phones.”

It’s true that many tablet devices run the same mobile OS’ as their smartphone counterparts, but surveys have shown that tablet users prefer the browser to native apps, which continues to confirm the idea that older generations have adopted them as the next evolution from their desktop devices.

But to see where the next ‘big’ thing is, we must look to the younger generation, who overwhelmingly chooses mobile. In 2014, smartphone use is set to surpass that of traditional computer use, further pushing us into the brave new ‘app-first’ world.

As the younger generation grows up, we’ll see the focus will shift away from the tablet slowly to the devices that young people have been using their entire life; smartphones. It makes little sense to this new way of connecting to carry two devices, so expect to see the tablet market continue to shrink.

As battery life gets better and screen sizes grow, it’s likely tablets and smartphones will eventually just converge into one device that can be simply slipped into a pocket, instead of two devices that overlap each other in many areas.

This is already beginning to happen with iPad mini sales quickly eating into that of the larger iPads and will likely continue as Apple releases a larger smartphone later this year.

The internet of apps is upon us and it’s only a matter of time until the traditional internet is left behind.

Read next: Android KitKat continues its slow and steady growth after reaching 8.5% adoption