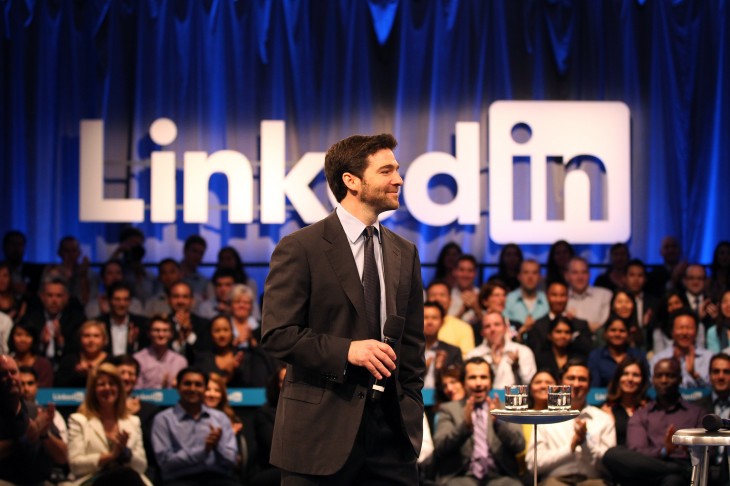 Glassdoor compiled its figures based on company reviews submitted by employees between February 1, 2013 and January 31, 2014. Last year, LinkedIn didn’t even make the list. This year, Weiner received a 100 percent approval rating. Meanwhile, Zuckerberg saw his CEO approval rating drop 6 percentage points to 93 percent, putting him in #9 overall (#4 in tech).

Two anonymous LinkedIn employees in the company’s Mountain View headquarters were quoted in Glassdoor’s report: The first said “Culture of complete transparency. Bi-weekly company all-hands with the CEO.” The other added “Colleagues are top notch as developers, collaborators, and acquaintances. Leadership is excellent. Perks are amazing.”

Only 26 of the top 50 CEOs this year were on Glassdoor’s report last year. Since we’re primarily interested in tech CEOs, here are the 14 that made the list as well as their respective approval ratings:

It’s worth noting that there were only two female CEOs among the top 50 (up from just one last year): Victoria’s Secret Sharen Turney (85 percent approval) at #34 and Yahoo’s Marissa Mayer (79 percent approval) at #49. HP’s Meg Whitman made the list in 2012 but hasn’t been featured since.

“We find on Glassdoor that a strong leader is often one who has the ability to clearly communicate the vision for the company and who helps employees see how their work connects to the big picture,” said Robert Hohman, Glassdoor CEO and co-founder. “In addition, top rated CEOs are commonly seen as relatable, accessible and transparent.”

Weiner’s rise to the top is thus both impressive and shocking, especially given his perfect approval rating. The bar couldn’t have been set higher for next year.