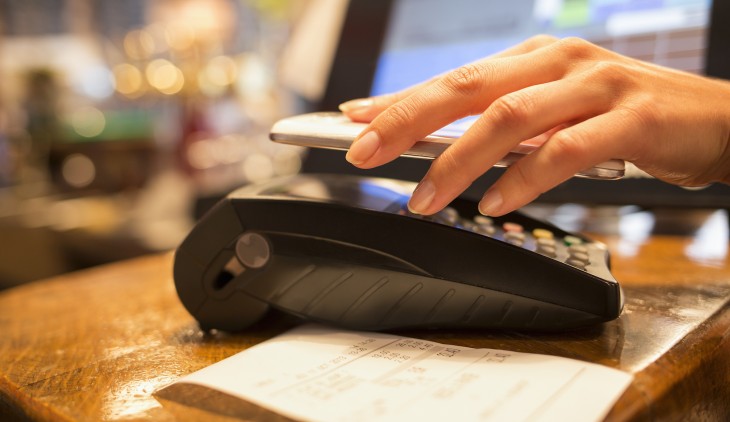 Jon Norris is a freelance content specialist who splits his time between the U.S. and the U.K. This post was originally published on the TransferWise blog.

A cashless society has been a talking point for futurists for years, but for one reason or another, has never quite been within our grasp. Now, like the electric car and clean energy, it’s finally happening – and it’s about time.

The arguments for ditching notes and coins are numerous, and quite convincing. In the US, a study by Tufts University concluded that the cost of using cash amounts to around $200 billion per year – about $637 per person.

This is primarily the costs associated with collecting, sorting and transporting all that money, but also includes trivial expenses like ATM fees. Incidentally, the study also found that the average American wastes five and a half hours per year withdrawing cash from ATMs; just one of the many inconvenient aspects of hard currency.

While coins last decades, or even centuries, paper currency is much less durable. A dollar bill has an average lifespan of six years, and the US Federal Reserve shreds somewhere in the region of 7,000 tons of defunct banknotes each year.

Physical currency is grossly unhealthy too. Researchers in Ohio spot-checked cash used in a supermarket and found 87 percent contained harmful bacteria. Only 6 percent of the bills were deemed “relatively clean.”

Cash is expensive, inconvenient, wasteful and unhealthy – it’s time to call it quits with physical currencies.

The first attempts to replace cash with something more convenient was the credit coin – a small metal disc used to tie receipts to a customer’s credit account in department stores and hotels. Their modern successor – the credit card – has been the most successful in dethroning the banknote.

According to Visa, in 2012 card payments accounted for 32.8 percent of worldwide consumer spending, while cash accounted for 38.3 percent (cheques and other payment methods made up the remainder).

When you consider that the entire card payment industry, including American Express, Visa and Mastercard (companies with combined assets of over $200 billion), has not managed to eclipse cash payments in 60 years of existence, it seems that cashless solutions that want to have a permanent impact have a mountain to climb.

There are also wider societal issues involved with the end of cash. Paper money is used more frequently by low-income groups and independent businesses  – street traders, panhandlers and one-man bands — those who cannot get a bank account or absorb card processing fees.

The working classes incur much higher costs from the move to cashlessness than those with higher incomes – one in twelve US households deal only in cash primarily because they cannot afford banking fees.

Perhaps counterintuitively, a lack of cash can result in us spending more money. A University of Kansas study concluded that frictionless spending results in more frequent purchases, while consumers paying with cash are more focused on the cost, whereas those paying with plastic think more about the immediate benefit of the purchase.

Even more worryingly, a study by Dan Ariely, a Professor of Psychology and Behavioural Economics, found that transacting without cash makes us less honest.

Ariely concluded that although the tokens had an equal monetary value to the cash, subjects perceived a lesser value – and so were more likely to lie – because it was not actual money.

Whether or not we’re ready to face the issues thrown up by the demise of paper currency, it’s happening. Cash transactions worldwide rose just 1.75 percent between 2008 and 2012, to $11.6 trillion.

Cash is dying in the unlikeliest of places: M-Pesa in Kenya, a money transfer system that can be used on even rudimentary mobile phones, sees around 25 percent of the country’s gross national product pass through its system each year. In Zimbabwe, where hyperinflation has rendered paper currency impractical, a similar system called EcoCash has seen explosive growth recently.

In some locales, stocks of paper currency are declining for the first time. According to the European Central Bank’s figures there are 15.6 million fewer €500 notes in circulation now than in 2011.

Whether the final nail in the coffin will be a new cashless innovation, impracticality of use or the running costs of cash itself, has yet to be seen, but the death knell of notes and coins could very well sound within our lifetime. Pennies and dollars are already being replaced by ones and zeros with the rise of cryptocurrencies like Bitcoin.

As the shackles of traditional financial systems are shaken loose the real innovation can begin – currency will be just another data feed for developers to play with.

Read next: Artificial Intelligence could kill us all. Meet the man who takes that risk seriously