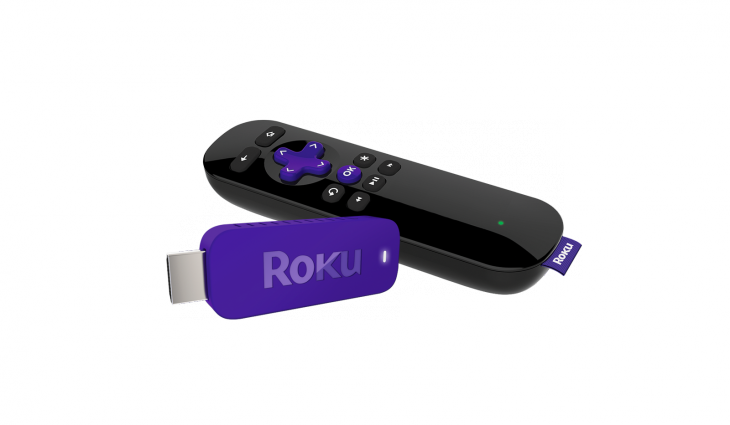 Roku has announced a new wireless HDMI dongle that lets users access streaming TV services like Netflix and BBC iPlayer without the need for a separate box.

Revealed today and due to start shipping in the US and Europe from next month, the small device costs around $50/£50 and unlike previous versions integrates an HDMI connector into the unit itself, removing the need for any additional cables. Previous Roku Streaming Sticks required collaboration with device manufacturers to develop them to work with specific models of TV.

As with normal Roku boxes, the new Roku Streaming Stick comes with the familiar Roku controller to allow users to easily navigate the UI and access the Roku Channels Store. However, don’t go expecting the volume socket or motion-controls found on higher-end Roku boxes.

Also like with Roku’s streaming boxes, the iOS and Android apps can be used to navigate and control the Streaming Stick directly from a mobile or tablet. Timed to coincide with the release, there’s also an update for the app that will let users search for specific content but this will be arriving earlier in the US than it will for the UK market, as is often the case.

The company added that app users can also ‘cast’ Netflix, YouTube and personal media from their devices to their TVs too. In time, Roku said it would add additional mobile features such as the ability to cast content from a computer to the TV directly from your mobile but wouldn’t be drawn on exactly how this would work. We’re expecting updates on this issue in “summer or fall”, according to Roku’s Director of Product Marketing Lloyd Klarke.

The release of a new streaming stick might not seem particularly noteworthy, but allowing a product to be retrofitted to slightly older technology potentially opens the door to a huge number of new Roku users – particularly at the lower end of the price scale. The release also dovetails nicely with news that Roku’s first embedded TV products will ship in the US “this Fall” and will come from Hisense and TCL, again showing how the company is looking to embrace markets beyond the reach of a set-top box.

It seems that the company is making some headway too. Klarke told TNW that in 2013 nearly 2 billion hours of content was streamed by Roku users, and that the average platform user streams about 13 hours per week. With the number of ways to access Roku set to increase, we can only see that number set to increase.

Read next: 500px launches its Prime licensing store, increases cut for photographers from 30% to 70%