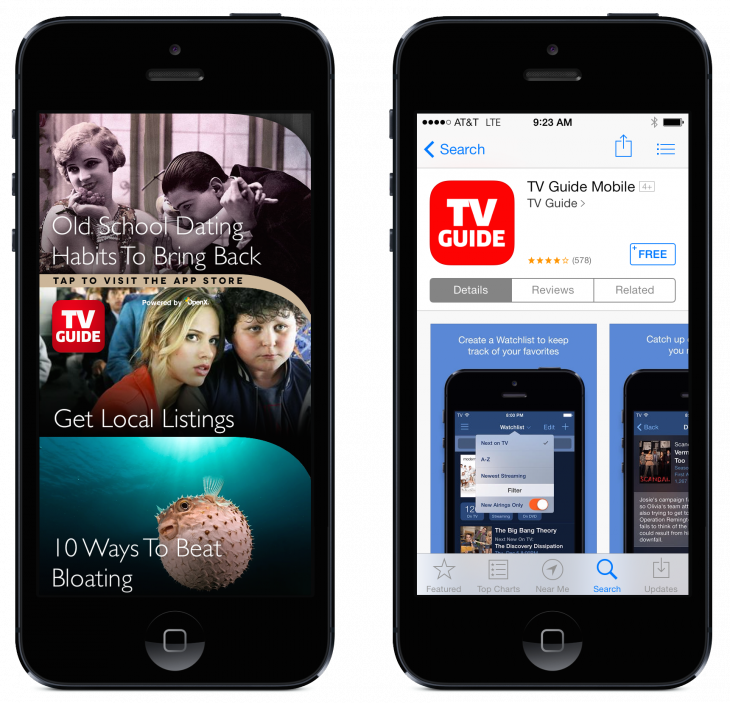 Ad tech leader OpenX today announced Native O|X, a new ad exchange with an unprecedented combination of several of the most popular trends in the industry: mobile-first, real-time bidding and native advertising.

While the new offering might sound like a pile of buzzwords to those outside the advertising space, Native O|X represents a natural next step for OpenX and the industry. The firm helped pioneer the rise of real-time bidding and programmatic advertising, which relies on software algorithms to automate the buying and selling of ad inventory.

With its rich media and video content, Native O|X should result in a better overall ad experience on mobile for us consumers. Native advertising eschews the traditional banner ads found on mobile sites and apps in favor of a more contextual display that fits in with a publisher or developer’s existing content.

“The 320×50 banners that are cemented in mobile sites and apps are not that effective…What publishers are telling us is that those units just don’t perform well,” Rob Kramer, OpenX’s general manager for mobile, said in an interview.

Traditionally, OpenX’s strength has been on the desktop, so Native O|X helps the company extend its dominance onto mobile devices. OpenX takes credit for opening the first private mobile ad exchange in 2012 and has existing partnerships with Airpush and Samsung.

Read next: MasterCard survey finds that nearly 60% of Chinese online shoppers made purchases via smartphones