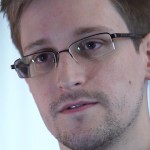 Students had contacted Snowden via his lawyer to put him up for the role. As rector, Snowden will represent students to the administration. He won by a 2-to-1 margin over the runner-up.

Read next: IDrive considered mining bitcoins on off-hours, but 3,000 servers would only make $1,300 in a year