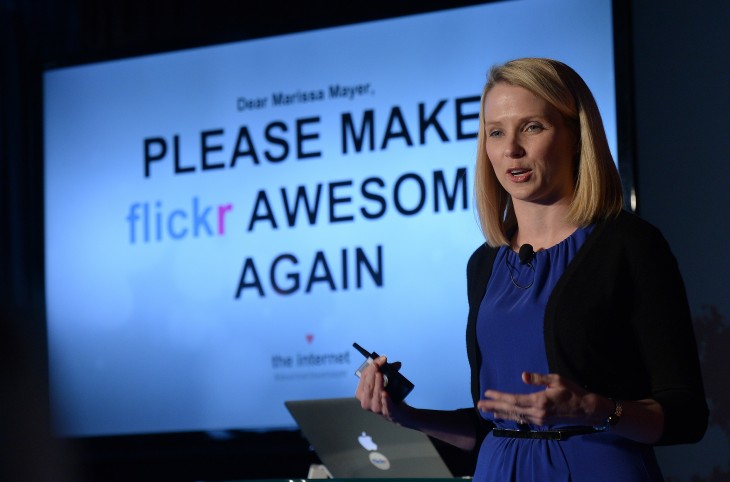 Flickr is celebrating a milestone that many popular services like LinkedIn, WordPress, and Facebook have marked recently: its 10th anniversary. The photo-sharing social network made its first appearance in the wild back in February 10, 2004 and has seen itself go through some highs and lows since that time. However, it has remained active in the face of tough competition from the likes of Photobucket, Shutterfly, Snapfish, and others.

Now with more than five billion photos uploaded and shared on Flickr, the company is making efforts to fully capitalize on it and make it more relevant in the face of sharing on Instagram, Facebook, Path, and other new-age services. Sure, now that you have photos posted online, what can you do with them and how do you make them more appealing for people to view?

Amid criticism that it hasn’t been innovating enough, over the past year, Flickr has been retooling itself, including updating its mobile apps, giving away one terabyte of free storage (it says photo uploads have gone up 170 percent as a result), and launching a new way to bring your photos from online to the offline world. To date, the service has nearly 2 million groups sharing 1 million photos everyday.

Flickr co-founder Stewart Butterfield said this about the anniversary:

It’s exciting for me to celebrate Flickr’s birthday! When we dreamed this photo site 10 years ago, we couldn’t have imagined the impact it would have on digital photo sharing and the way it would connect people worldwide. I am proud of Flickr and excited for what’s ahead.

The Yahoo-owned service has published a timeline of its history that you can see below. You can also read this piece about Flickr by Harry McCracken on TIME.