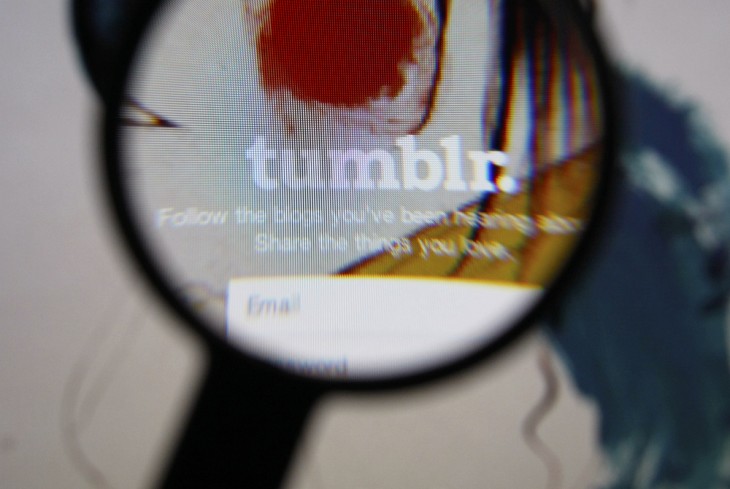 As it passes 170 million blogs, Tumblr today announced it has begun publishing a biannual Transparency Report that details the number of requests it get from different sources, why it receives those requests, and how it responds to them. In 2013, the Yahoo-owned company received a total of 462 requests for user data, and responded with account data (like an email address or an IP address) 76 percent of the time.

Tumblr says “a small subset” of those responses also included content of blog posts (text, audio, images, or video). The remaining 24 percent of requests were illegal, vague, or inaccurate. In those cases, Tumblr explains it refused to provide any data at all.

Internationally, requests came from all over the world, but were only approved to governments in the UK, Canada, and Germany:

Unsurprisingly, Tumblr has found that the bigger it gets, the more government requests for account data it receives. “And since there may be a day when it’s your information they want, it’s important you know what they’re asking for,” the company writes. “Striking the right balance between privacy and legal responsibilities is no small task, but we hope this report demonstrates our ongoing commitment to this community.”

Earlier today, Facebook, LinkedIn, Yahoo, Google, and Microsoft released new data about national security requests. Under new US government rules, each company is now allowed to disclose how many requests it has received, the number of accounts impacted, and the percentage that they respond to. It’s great to see Yahoo decided to expand its disclosure today to include Tumblr.

See also – Yahoo reportedly wants its battle against the NSA’s secretive Prism requests to ‘be made public’ and Here’s the letter Apple, Google, Microsoft and others sent to the US government over data requests

Read next: Why we use email for everything and how we can be better emailers