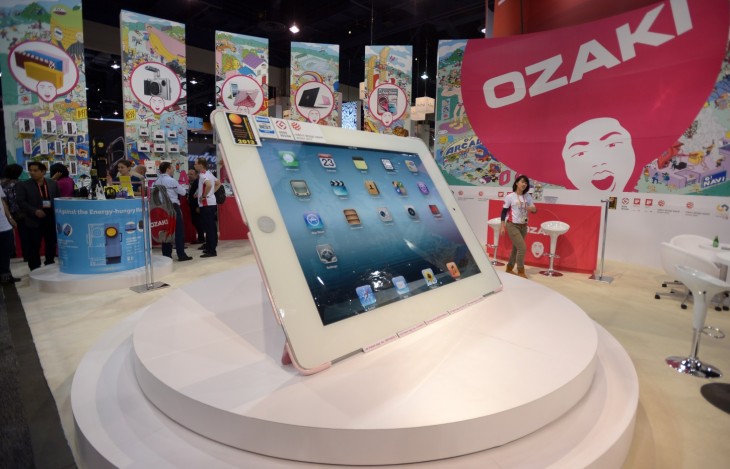 The tablet market is still growing, but the rate is beginning to slow down. Q4 2013 saw 76.9 million units ship worldwide, up from 60 million the same quarter last year. Apple’s iPad once again took first place, although it dropped to 33.8 percent market share, while Samsung grew its share to 18.8 percent to keep second place. Amazon fell to 5.8 percent share but managed to maintain third place, Asus held steady in fourth at 5.1 percent share, and Lenovo jumped to 3.4 percent.

The latest estimates come from IDC, which says the tablet market grew 28.2 percent year-over-year. In short, the iPad’s loss was more or less equivalent to the gain for Android tablets (IDC didn’t even mention Windows tablets):

IDC attributes Apple’s share losses to continued success from competitors both large and small, causing it to “only” ship 26 million tablets in the quarter. While the quarter represented the company’s most successful on record, iPad shipments grew 13.5 percent year-over-year, which was well below the industry average.

On the Android side, Samsung once again secured the second position with shipments of about 14.5 million units. Amazon shipped 5.8 million units during the quarter, Asus shipped 3.9 million units, and Lenovo rounded out the top five with 3.4 million units.

While this is based on preliminary data, it’s worth noting that IDC found the market’s growth rate is down dramatically compared to the year-over-year rates of the same quarter one year ago: 87.1 percent. The firm notes this indicates a significant slowing of the overall market.

“It’s becoming increasingly clear that markets such as the U.S. are reaching high levels of consumer saturation and while emerging markets continue to show strong growth this has not been enough to sustain the dramatic worldwide growth rates of years past,” IDC Research Director Tom Mainelli said in a statement.

As a result, 2014 will be the start of a much more challenging tablet market. Given the push for cheaper and cheaper devices with more and more features, some players will likely be out of the game sooner or later.