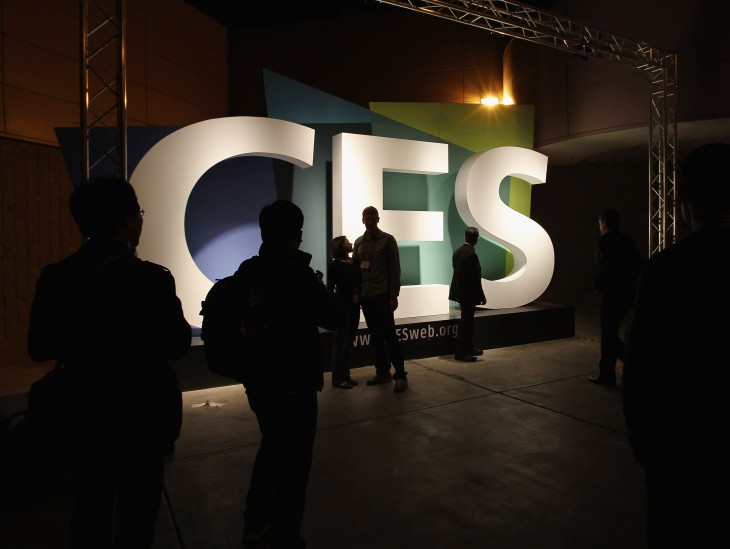 It can be hard to make sense of CES with so much coverage out there around the Web. Take a few minutes to explore the show in picture format instead. We’ve picked out 19 shots that summarize this year’s event.

As CES 2014 begins to draw to a close, we’re taking a look back at some of the biggest and best announcements and new products to come out of the world’s biggest consumer electronics trade show.

Orbotix used CES 2014 to announce its next-gen Sphero 2B robot toy, due for release in the fall.

Lenovo unveiled a total of 15 new devices during CES this year. Here are a pair of its new convertible 2-in-1 tablets. The new line up also includes a carbon fiber ultrabook.

With the success of Nike’s Fuelband and other similar products on the market, LG decided it was time to dip a toe into the waters with its Lifeband Touch fitness tracker for iOS and Android.

Sony had lots of announcements for the show, one of which was the introduction of its own smart band in a bid to get in on the fitness tracker craze.

Sony also used the event to show off some new phones, like the Z1 Compact (pictured) and Z1s.

And to envisage a future full of head-mounted display units.

Andrew House, president and group CEO of Sony Computer Entertainment, took to the stage to announce the impending launch of the PlayStation Now game streaming service.

Naturally, Samsung was present too, with some new devices like the Galaxy Note Pro and Galaxy Tab Pro.

Not to be outdone, LG took the chance to show off a 105-inch curved OLED TV.

With all the new TV’s being announced, it’s handy that there will actually be some 4K content to watch too. Netflix CEO Reed Hastings took the stage during LG’s press conference to confirm that House of Cards would be available to stream in UHD before the end of the year.

CES 2014 was a big deal for Yahoo too, where CEO Marissa Mayer (above) announced its acquisition of Aviate. The company also used the show to introduce Yahoo Smart TV, the next version of its connected TV platform.

T-Mobile US’ John Legere used CES to reveal that the carrier would pay early termination fees for customers willing to switch to the network.

What’s going on here then? WWE used the show to launch a subscription service for streaming wrestling shows. That’s what.

Believe it or not, this is the Bukito 3D printer from Deezmaker creating a likeness of actor Bruce Willis. We’re not convinced the color is accurate.

We got a chance to go hands-on with the Myo gesture control arm band. Or should that be arms-on?