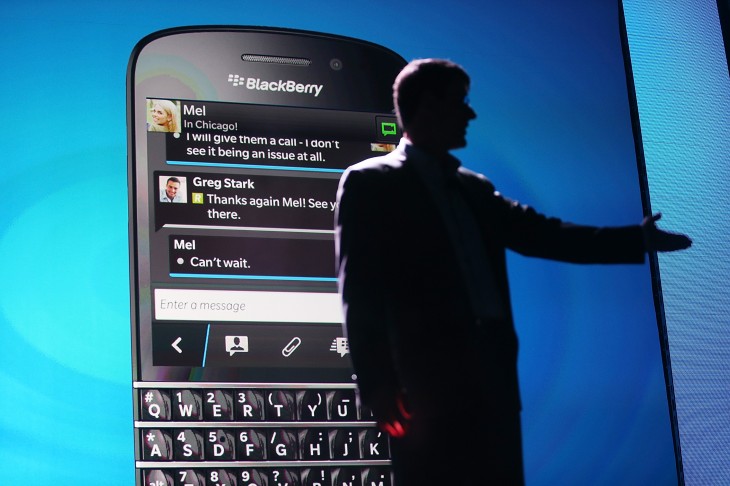 BlackBerry today announced it has filed a lawsuit in the Northern District of California against Typo, the maker of an iPhone keyboard case designed to slip onto Apple’s phones. The Canadian company argues the accessory violates its intellectual property rights, which it will protect from copying and infringement.

“This is a blatant infringement against BlackBerry’s iconic keyboard, and we will vigorously protect our intellectual property against any company that attempts to copy our unique design,” Steve Zipperstein, BlackBerry’s General Counsel and Chief Legal Officer, said in a statement. “From the beginning, BlackBerry has always focused on offering an exceptional typing experience that combines a great design with ergonomic excellence. We are flattered by the desire to graft our keyboard onto other smartphones, but we will not tolerate such activity without fair compensation for using our intellectual property and our technological innovations.”

Typo was founded by entrepreneur Laurence Hallier and TV host Ryan Seacrest. The keyboard is supposed to be made available for pre-order this month after debuting at CES 2014.

Update: Typo has issued a statement in response to BlackBerry’s lawsuit, saying that it’s without any merit and will defend itself “vigorously”. Here’s the complete statement that the company provided to Mashable:

We are aware of the lawsuit that Blackberry filed today against Typo Products. Although we respect Blackberry and its intellectual property, we believe that Blackberry’s claims against Typo lack merit and we intend to defend the case vigorously.  We are excited about our innovative keyboard design, which is the culmination of years of development and research.  The Typo keyboard has garnered an overwhelmingly positive response from the public.  We are also looking forward to our product launch at the Consumer Electronics Show in Las Vegas next week and remain on track to begin shipping pre-orders at the end of January.

Read next: Following iOS, Pandora for Android gets an alarm clock for waking up to your favorite station