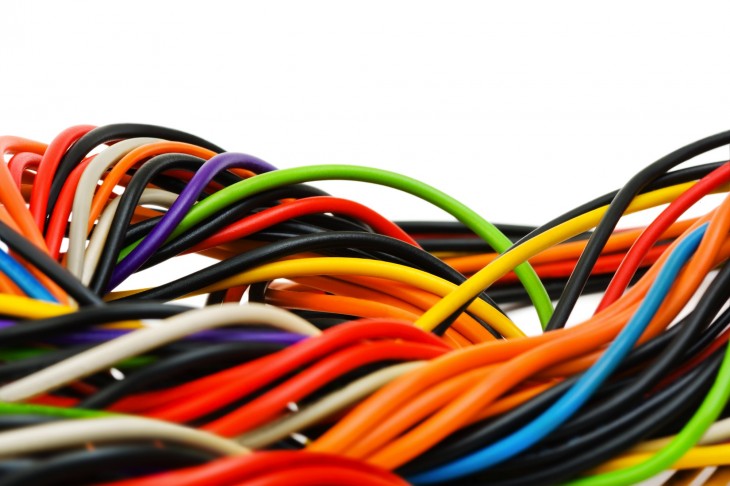 Cable is dying of a slow, drawn out death.

Before we get to cable’s end, let’s start at its beginning. Cable companies thrive because they build networks, then pack as many people onto them as possible. They’re the people who are using the networks both for Internet and TV. That means 500 neighbors could be sharing the same cable lines.

What does that mean for cable subscribers?

When you go to stream “Homeland” at night, it’s a lot slower than if you did it in the morning since more people are likely to be online at night an everyone’s using the same cables. Everyone is sharing, and everyone is getting frustrated because sharing bandwidth isn’t conducive to fast Internet.

But can you really blame cable? This technology wasn’t built for Internet streaming. It was built to watch TV.

The state of cable

Cable companies hold a monopoly on the cable Internet market through coaxial cables. But that monopoly is breaking down, because right now, cable providers are bleeding subscribers. Since 2007, cable-cutting households have increased 150 percent.

The problem becomes even bigger when you think about what’s to come: more people using more devices in more places.

According to a recent Nielsen survey, 46 percent of smartphone users and 43 percent of tablet owners say they use their devices at the same time they watch TV.

This holiday season, Americans are going to load up on smart TVs, tablets, gaming consoles and smartphones. The more devices in a household connected the Internet, the slower the Internet gets.

And devices? We have plenty. About 91 percent of American adults own a cell phone, with 34 percent of the demographic upgraded to a tablet. On average, Americans own 1.57 mobile devices.

It’s no secret that sooner rather than later, with all that online activity, cable lines are going to max out. So where does that leave us with the future of cable?

In the short term: There are other options, of course. Satellite Internet has the coverage, but not the speed. You can also invest in a wireless hot spot to give yourself additional coverage. But that’s just a temporary fix.

In the long term: Google and Verizon have been doing a good job of providing a service that is made for Internet: fiber optics. Instead of coaxial cables, fiber uses cables made of optical glass than can transmit more data, faster.

Google has Google Fiber and Verizon has its FiOS Internet. What’s interesting about Google is they offer the most superior fiber optic connection around – but at the end of the day, they don’t even really care about Internet. They care about the state of Internet.

If Google really wanted to launch a residential Internet option, they would. They would make it available everywhere, make tons of money and be happy.

But Google already has tons of money – and they’re rolling out Google Fiber pretty slowly. What Google is trying to do, it seems, is provide incredibly fast Internet for incredibly cheap (sometimes free) in order to make cable providers offer better, cheaper Internet, too. It’s probably because Google, along with cable subscribers, have noticed that on average, cable providers raise their prices about 5 percent each year.

What’s the next move for cable providers?

When Google Fiber first launched in Kansas City, cable providers had to compete with the service that Google was offering for free.

Time Warner Cable responded by saying it bulk up local workforce by 9 percent, with mostly sales and customer service jobs. It also boosted its Turbo service by 33 percent, and doubled its fastest available Internet service.

In the fourth quarter of 2012, average Internet speeds in Kansas rose faster than any other state in America. Average speeds rose 86 percent when compared to the same quarter in 2011. In Austin, Texas, another Google Fiber city, TWC decided to offer free Wi-Fi hotspots around town. Of course, to access the hot spots, you have to be an existing TWC customer.

So cable companies are trying. They’re making an effort. But they’re still imploding.

Unfortunately, the solutions that they’ve come up with (wireless hot spots and added jobs) have nothing to do with the actual cable infrastructure. The temporary fixes is not sustainable and eventually, companies will have to finally offer faster Internet for cheaper – just like Google wants them to.

So who should you keep an eye on? It looks like TWC and Comcast have been the early runners to start combating the fiber effect. But the bottom line is that cable providers can’t continue to add subscribers to the same shared networks for much longer.

The long run solution, besides faster Internet for a lot less money, is going to have to be more lines, more networks and less time spent playing monopoly. One can only last for so long with its existing network and an ever-growing, connected market.

Read next: "How we built our startup office in three days"