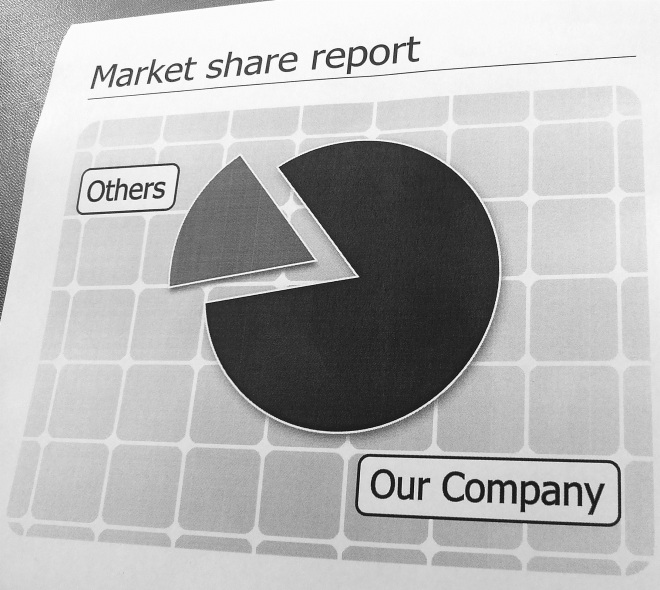 Google’s Android operating system managed to grab exactly 81.0 percent smartphone share in the third quarter of 2013. Rounding out the top four smartphone operating systems were iOS at 12.9 percent, Windows Phone at 3.6 percent, and BlackBerry at 1.7 percent.

The latest quarterly figures come from IDC, which summarized its findings in the following chart:

IDC noted that while Android moved forward as a whole, the vast majority of its vendors still struggle to find meaningful market share. Samsung accounted for 39.9 percent of all Android shipments for the quarter, while the rest of the vendors either saw single-digit market share or even less than 1 percent (as was the case for the majority).

Apple’s iOS saw its market share decline during the past quarter, despite reaching a new high for third quarter volumes. IDC naturally blamed the fact the world was waiting for the iPhone 5s and iPhone 5c, which will likely drive record volumes, market share, and year-over-year growth in the last quarter of the year.

Windows Phone posted the largest year-over-year growth worldwide of any of the leading operating systems (up 156.0 percent), once again largely thanks to Nokia, which accounted for 93.2 percent of all the Windows Phone-powered smartphones shipped during the quarter. On the other hand, BlackBerry recorded the largest year-over-year decline among the leading operating systems during the quarter, due to softer demand for its new BB10 operating system and despite demand for its older BB7 devices within emerging markets.

It’s worth noting that IDC’s estimates are quite close to those of Strategy Analytics’ figures for the quarter. The latter had slightly higher percentages for Android, iOS, and Windows Phone, but showed the same overall trend: Android up, iOS down, Windows Phone up, and BlackBerry down.

Read next: 7 great services for taking back control of your inbox