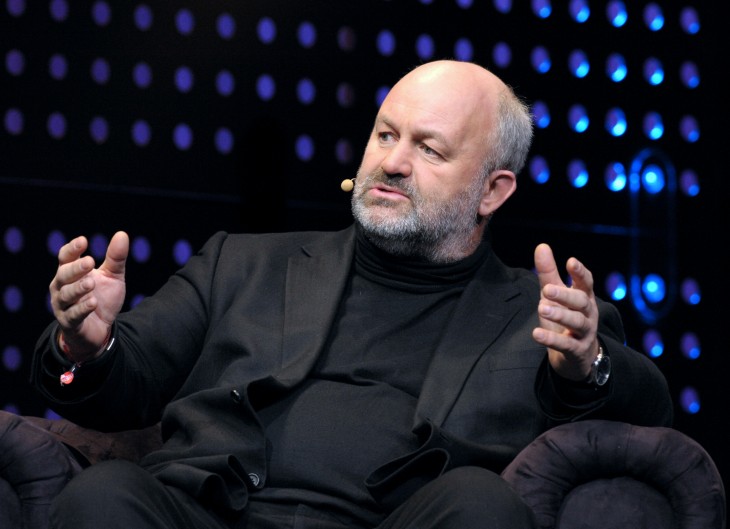 Amazon’s CTO Werner Vogels has said that the use of open source software and the immediate availability of scaleable cloud technology underpins the innovation now being seen in tech startups.

However, Vogels, who made the comments at The Financial Times Innovate conference in London today, said that the cloud was an evolution of business models, rather than of technology itself:

Cloud is not a technical revolution, it’s a business revolution. We’ve put a business model next to it that’s radically different from how IT was before it.

There’s increasing competition… increasing consumer power of deciding what to buy and when, and a decreasing loyalty among consumers toward brands. And there is, of course, a lack of capital in the market.

If these are the conditions [for business], the expectation of whether you are going to be successful or not are very uncertain.

Vogels’ contention, therefore, is that since the advent of cloud computing, smaller businesses and startups now have the opportunity to innovate because of the scalable business models afforded by the cloud.

These are, perhaps, unsurprising thoughts coming as they do from the CTO of Amazon, one of the companies most aggressively going after the cloud computing market. In pursuit of this goal, it has dropped the price of its AWS (Amazon Web Services) cloud offering 38 times since it was first launched.

However, access to cloud storage alone isn’t enough to level the playing field for startups looking to compete with multinational incumbents in different markets.

If you talk to the Instagram guys, going from zero to 50 million users in a few months… [they would tell you] they could not have done it without cloud, but it’s not just cloud.

There’s [also] open source software. Things that you had to pay for in the past are almost free today with a quality that rivals, or in some cases, is actually better than commercial software.

Five or six years ago, if you wanted to start a consumer-based startup, you would need two to three million dollars in investment and half of the engineers would be spending all of their time on IT infrastructure. Now, you can get going for $50,000 […] and focus on the product, rather than the engineer side.

Speaking about Amazon’s own internal innovation, which includes diversification into a number of different markets and verticals, Vogels revealed that the retailing and cloud giant doesn’t have an R&D department, or an IT department. Instead, innovation is expected to come from every team in the business.

At Amazon, we’re quite different from other companies. We do not have an R&D department, we do not have an IT department, all our engineering and business are deeply intertwined with each other. There is no VP of Innovation. Every team is charged with innovating, and that’s what the whole company drives on.

However, Vogels cautioned that it’s easy to dampen innovation and support for new ideas with entrenched norms and that naysayers are often the winners of the war. At Amazon, however, if an employee wants to put stop to a new idea they have to fill out a full report outlining exactly why they think that.

If you want to block innovation and new ideas, you have to do the work. If you are the one that say ‘this is not going to work’ then you’ll have to write a four or six page report [explaining] why absolutely you think the company should not be doing this. Believe me, this kills about 99 percent of all the objections to any innovation.

While this will occasionally lead to a dead-end, product-wise, Vogels said it has also allowed the company to diversify its business sucessfully in a way it would have not if it had listened to the naysayers.

Read next: Apple promises to reintroduce old features to its iWork for Mac apps in the next 6 months