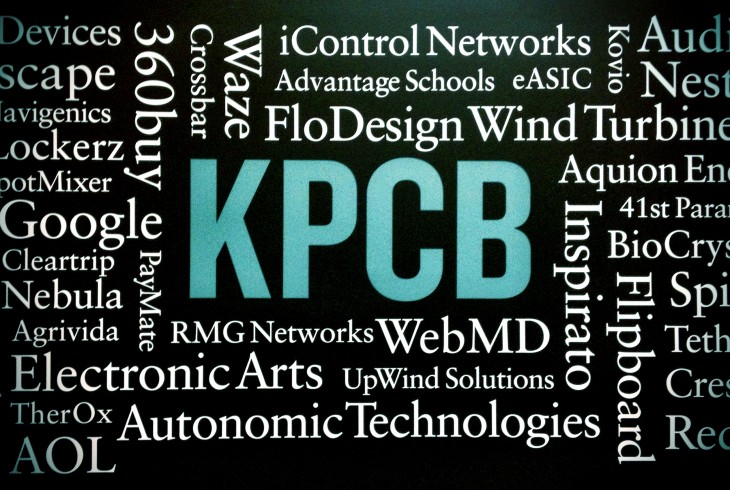 Running your own startup is a challenge that never ends and as time goes on and the company scales, bringing in employees is one of the inevitable tasks that not only founders, but executives need to do. But how does one find the right person for the job, meaning that he or she isn’t just technically capable, but also the right fit culturally for the company?

During this one hour conversation moderated by KPCB’s Mike Abbott, who isn’t a stranger to leadership and recruiting roles having served as Vice President of Engineering at Twitter, Palm, and Microsoft, several main points emerged:

Get to really know what they’re capable of

It’s one thing to have your skills and credentials listed on a resume, but it’s another thing to be in a completely unknown setting and have your personality tested. When we’ve been accepted to have that face-to-face interview, we’re relieved that we’re getting close to the final stage where we’ll either get the job or not. But while the applicant is looking to show off their personality, the interviewer, whether it’s the recruiter, an executive, or the founder, could be interested in understanding whether you’re a cultural fit with the organization.

It’s one thing to say that an applicant meets the technical requirements, but if they’re looking for X, Y, and Z in a company, but it only has A, B, and C, then it may be time to decline them an offer.

Abbott said that one of the things that he’s done in the past and has worked well is taking the applicant away from the office environment and see how they react. Instead of interviewing them in a conference room or office where their guard will be up expecting questions, he suggests perhaps having the meeting during lunch or when you’re out for a beer — this will disarm them and hopefully allow them to speak more freely like you’re friends instead of a potential boss.

But while some tend to be more swayed by in-person interactions, there are some who want to see if the resume matches up with the applicant. Khune’s team at Pinterest will look at an applicants previous employer and find out why they went to work there. He explained that by understanding an applicant’s choice, it will enable them to better assess what’s important to them. The resume itself is also an important factor for Pinterest — Khune says that it has certain values that the team likes to espouse and, without telling the applicant, he tries to figure out whether they are faking it.

Picking the right applicants to meet

On any given week, executives at startups and more established companies could receive hundreds, if not thousands, of applications for any number of available positions. How exactly do department heads best figure out who to bring in to talk with the team?

Rogers says that in Nest’s early days, the company was still very much in stealth mode and therefore unable to divulge details of its business to candidates. Since he couldn’t really put together an effective sales pitch to the public, Rogers instead reached out to everyone in his own network. However, once that reached its limits, he needed to find another way — that’s when the company decided to bring in a professional recruiter, Jose Cong, in to grow its network.

But one shouldn’t mistake having a recruiter as an opportunity to pass off hiring responsibilities — in the early days, Rogers and his team needed to interview all the early employees to find out if they were the right fit for the company.

Feng suggests one of the things that can be helpful to determine whether a candidate is a good fit is through the use of online code challenges. Granted that the evening’s talk was aimed at engineers, but similar tests can be useful in proving how qualified someone is. He believes that it will also help set up “very natural” phone screen interviews.

While everyone hopes that they’ll be able to get face-to-face meeting time, it’s just not viable from within a company — it’s actually more costly to do so compared to having a phone screen. So if a candidate has completed the code challenge, Feng says then the interviewer can ask the candidate to explain their reasoning for doing it a certain way instead of merely speaking in hypotheticals. If satisfied by their answer, it could shed some light on whether the applicant will blend well with others in the organization.

It’s understandable in the early days of a startup that much of the recruiting will probably be handled by founders and executives, but overall, it’s the responsibility of everyone to help find candidates that not only have the moxy to take on assigned tasks and products, but also have the right cultural fit.

Feng says that it should be the mission of everyone in the company, whether you’re a founder, manager, engineer, designer, or in a support capacity, to help bring it people they think can no only do the job but help move the company forward. Everyone has their own limit of network contacts that they can tap into and naturally, you can’t expect them to know every designer or engineer that is actively looking for new opportunities. If a company is to scale, everyone at every level must be involved.

However, that’s not to say that everyone should be involved in the interviewing process. Only certain people will be suited to interviewing and Rogers believes it’s important to find out who they are. In Nest’s case, there are a few people that handle phone screenings and the company puts a lot of trust into them to determine who makes it in for a face-to-face interview. Feng says that Flipboard has an individual that will sit in most interviews regardless of what the candidate is applying for — the company leans on him to help assess culture check, more than whether they have the skills to do the job.

Culture above all else

But no matter who you’re hiring for, it’s important that you ensure that they’re going to be a good fit for your company. While the applicant may be the best designer, engineer, product manager, or recruiter, if they don’t get along with others in the team or are looking for something more conservative or liberal, it might be best to pass.

But in the event that you do hire someone and they are not a good fit, Feng that you shouldn’t drag out letting them go. But, rather than just simply firing someone because they “don’t fit in”, make sure you give them the opportunity to see what changes you’d like to see made and give them every effort to correct it.

Firing someone is never an easy thing to do, but Feng says that if there’s a need to do it, it should be taken care of in a “definitive and expedited manner”. In fact, the worst thing you could do is recognize that you have a problem in your company and culture, but don’t confront it. In his experience, Feng estimates that 99 percent of the people he parted ways with were eventually relieved at the decision — some have even called to thank him or asked to have a beer with him.

Khune believes that when you confront individuals, you should talk about the situation that happened, explaining what it is about the person’s conduct, behavior or chemistry that impacts the team. This could help them change their actions and improve the situation for all.

This weekend, Homebrew venture capitalist Hunter Walk published a post about company culture. In it, he reinforces the stance that Khune, Feng, and Rogers have on culture — the people you invite into your company “ARE YOUR CULTURE” (emphasis Walk’s). He strongly believes that one should not compromise on the cultural ideals of a company when making a hire. If you stick with them, it will help make successive hires and the functionality of the team that much easier.

Which do you think will build a stronger company over time? A technically competent team of people who share no collective set of motivations, styles or goals – or – a technically competent team of people who are united by a clearly articulated set of values and expectations the CEO has both described to them and tested for during the interview process? It’s not a trick question.

This also applies in other companies like Automattic, the creators of popular blogging software WordPress. In his book The Year Without Pants, author and Automattic employee Scott Berkun highlights the company’s objective of hiring self-sufficient and passionate people. He writes that in his company experience, resumes and pedigrees don’t demonstrate a person’s passion — it’s not that you went to school and were taught how to be a programmer or a great designer, but rather you have the drive to become part of that profession.

Perhaps this line from Berkun’s book sums it all up the best, while also echoing everyone mentioned in this piece: “Finding the first match sets the tone. Once you have two or three like-minded people, a culture forms that attracts more people with similar values and repels those that don’t.”

Read next: WhatsApp is leading the mobile messaging battle, but will it win the war?