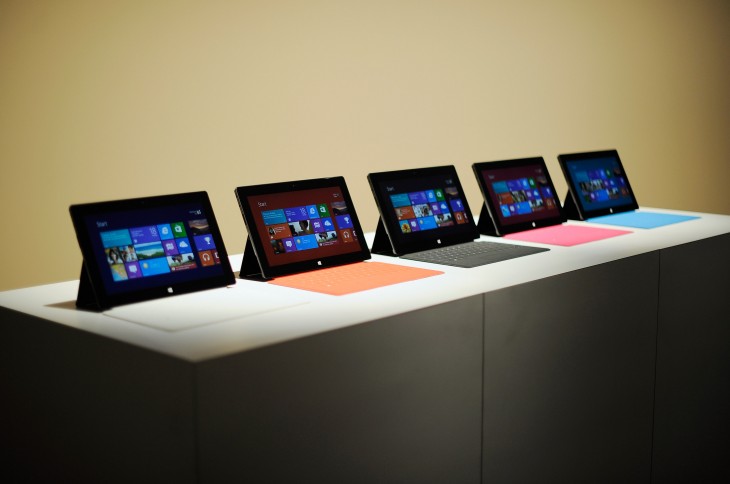 The PC market continues to fall spectacularly, seeing the sixth consecutive quarter of declining worldwide shipments as well as the lowest back-to-school quarter since 2008. Worldwide PC shipments dropped to 80.3 million units in the third quarter of 2013, according to Gartner, an 8.6 percent decrease from the same period last year.

While Lenovo, HP, and Dell managed to grow their respective shares, this was not enough to offset the losses seen by Acer, Asus, and the rest of the market:

We noted last quarter that Lenovo and HP were neck-and-neck, but that a winner was emerging. Lenovo has managed to increase its lead, although it is still only a 0.5 percentage point gap. Gartner believes the upcoming holiday sales season will be “a key battlefield” for both companies.

Interestingly though, the biggest winner was Dell. The company’s PC shipments exceeded growth rate averages across all regions, according to Gartner.

Acer’s shipments declined a whopping 22.6 percent compared with a year ago, which is likely due to the reduction in netbook shipments. Asus meanwhile saw PC shipments decline 22.5 percent, despite the fact it has shifted its focus from PCs to tablets; the company’s tablet shipments were nearly equal to its mobile PC shipments in the third quarter.

In the US, PC shipments totaled 16.1 million units in the third quarter of 2013, a 3.5 percent increase from the same period last year. This was the second consecutive quarter of shipment growth after six quarters of decline. There was only one company that lost share in the US: Apple.

Gartner believes low inventory from the first half of 2013 as well as the introduction of new models with Intel’s Haswell, including new form factors, brought the sell-in shipment up compared with a year ago. Personally, I’m waiting for Asus to refresh its notebook lineup with Haswell before getting a new machine, so its losses don’t surprise me as I’m sure others are doing the same.

While these results are preliminary, as Gartner is merely offering its estimates, the reason for these poor sales is hardly a mystery. Once again, tablets are to blame.

“Consumers’ shift from PCs to tablets for daily content consumption continued to decrease the installed base of PCs both in mature as well as in emerging markets,” Mikako Kitagawa, principal analyst at Gartner, said in a statement. “A greater availability of inexpensive Android tablets attracted first-time consumers in emerging markets, and as supplementary devices in mature markets.”

Update: IDC also released its Q3 2013 findings today, with similar, albeit slightly better, results. You can find them here.

See also – Canalys: Almost half a billion PCs to ship in 2013, as desktops and laptops dip but tablets grow 59% to 182.5m and Microsoft’s Ballmer says small tablets aren’t PCs

Read next: Airbnb files motion in NY court over subpoena for data on local hosts, calls it ‘fishing expedition’