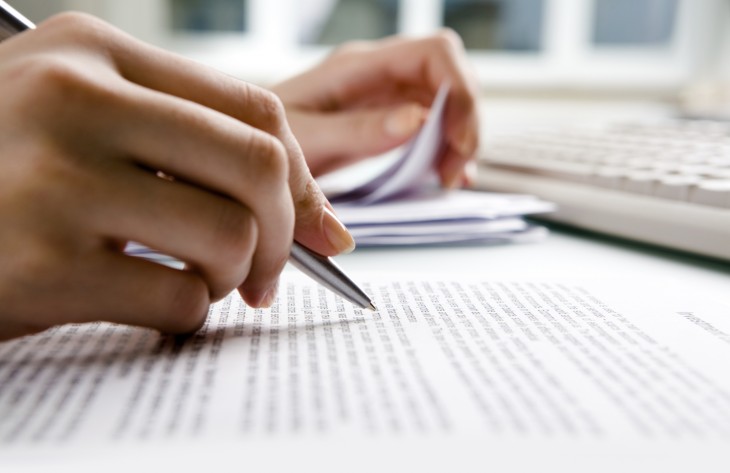 Cloud storage platform Box today unveiled a new feature designed to allow its customers to create content right from within its service. Called Box Notes, this feature mirrors what you might find with Google Docs, Evernote, and Quip, allowing users to jot down thoughts and ideas right from within the Box framework.

Unfortunately it’s not going to be available for a while, with a planned general release in 2014. However, the company is planning on opening it up to a select few with a limited private beta.

Helping you do more with files

For many, the concept behind Box was that it’s designed around helping you store files safely and securely in the cloud, thereby replacing the hard drive. However, just being that alone isn’t enough and it’s already a crowded marketplace, with services like Dropbox and Hightail just licking their chops trying to take more of the market share for themselves.

Box has been more than just that for some time now, as it’s been diving deeper into helping its customers do more with their files that are being stored on its service. One need only look at its OneCloud and Box Edit offerings to show that people are embracing this technology — in July, it announced that 3 million documents were edited in just the last 9 months.

And while you’re able to work with Microsoft Word and Google Docs, Box seems to want to bring it all under one-roof, so to speak. Instead of having multiple services used, Box wants you to create, collaborate, and store files all within its platform.

A look at the interface will find that it’s quite simple, unlike what you’d find with Microsoft Word where the organization of things in ribbons can be extremely frustrating (I just want to find how to insert a table!), but more akin to Google Drive.

Before we move any further, it’s important to note that what we’re describing is very early. Box hasn’t released this out into the general public so what it has told us could likely change and more features may be added. Initially, Notes will allow you to modify the font type, size, and format (bold, italics, and underline), along with adjusting alignment and inserting bullet points and ordered lists.

Among the features that users will get include real-time collaborative editing with team members, “note heads” which will tell you where someone is working on a particular document, in-line annotating, and commenting. Users can share their documents with friends and others through a web link and also can feel secure that their content will remain their own with Box’s security measures, including the new ones added in February.

We’ve been told that the sparseness of Note’s interface right now is intentional — the company isn’t sure how far it should go in offering customization. It wants to see how useful these features are for its users.

As we heard more about the product, there were a few things that came to mind that hopefully Box will remedy in the future. It turns out that users can not export Box Note files from the service — once it’s created in Box, it must remain in Box. Additionally, it’s currently not possible to open up .doc files within Box Notes nor can you open a .boxnotes extension file in any other product.

You might also be disappointed to know that Box Notes is only available on the desktop, although a mobile experience is reportedly in the works. Other updates planned include versioning, offline editing, and support for videos, images, and audio assets.

Box certainly wishes to challenge the likes of Microsoft Office and show not only consumers, but also the 180,000 businesses using its service that it can be a useful tool to conduct business and be productive. While Box Notes only starts off with a word processing substitute, it seems like it will be only a matter of time before we see the full suite of business applications coming from the company, including spreadsheets and presentation software.

Aaron Levie, company co-founder and CEO, said in a statement:

As business becomes increasingly fast-paced, fluid, and mobile, the very nature of information is changing, and the tools businesses use to capture that information need to evolve. To unlock the collective knowledge of organizations, Box needs to not only be a place where people can store and share content, but also a place where they can create and capture ideas in real-time across teams.

No word yet on the pricing, but one could assume that the pricing model could either be based on premium features or perhaps on the amount of storage one needs. Of course, this might be what Box is looking for, especially with its new pricing structure — for teams up to 10 users, it will cost $5 per user per month and plays to the strength of its Notes product.