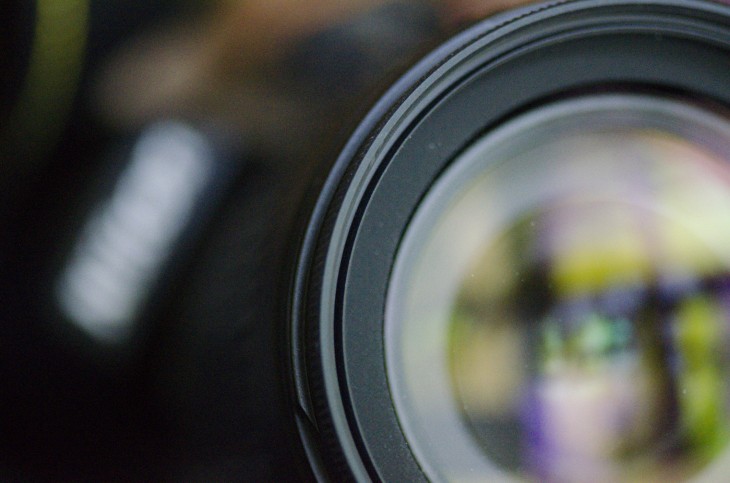 Everything in the technology space seems to be revolving around the camera built into the hardware device. If there’s a social component to it, then it needs to have a camera. Take today’s Samsung Galaxy Gear news where the electronics manufacturer unveiled a smartwatch with a 1.9 megapixel camera on the wriststrap — traditionally, watches didn’t come with a way to take photographs. Hell, even the Pebble smartwatch, one of the first of its kind, didn’t come equipped with a way to capture images or videos.

There’s no discounting the fact that a picture is worth a thousand words and everything you think about these days has a way to allow you to capture the moment, whether it’s your phone, watch, computer, tablet, game console, glasses, or simply a camera that affixes to something else. But even with all of this technology, I’m not completely sold that the era of the hand-held camera is over — at least not quite yet. Sure, smartphones (and even tablets) have emerged as the dominant hardware, but I don’t believe that it will replace my dSLR camera any time soon.

Earlier this week, one of the pioneers in the camera space emerged from bankruptcy. With its 125-year storied history, it appears that Eastman-Kodak wasn’t able to keep up with the trends and is no longer focusing on cameras, film sales, and consumer photo developing. Indeed, it appears that the smartphones have practically made film cameras extinct from the minds of the mainstream consumer.

And if film photography has moved into the way of the dinosaurs, are digital cameras next? The standard point-and-shoot models are quickly being replaced by the iPhone, Samsung Galaxy S III, and now even Google Glass. Even on Flickr, one of the biggest photography communities on the Internet, the iPhone 4, 4S, and 5 rank as the most popular cameras, beating the dSLRs like the Canon 5D Mark II and 7D.

And why is that? It’s because of the quality photos you can take and the ability to quickly and easily share your images to social networks like Flickr, Facebook, and Google+. But I don’t need to tell you this — it’s been said over and over again. Instead of only using the default camera app, a plethora of different apps have sprung up promising to improve the overall production value of your composition.

I’ll admit that I enjoy taking photographs using my iPhone, much more than my Fuji Finepix point-and-shoot camera I picked up many years ago. Why? Because it’s a multi-use device that is compact, portable, and takes just as great photos as the once dominant camera type in the marketplace.

Today, the iPhone and Samsung Galaxy S III each have an 8-megapixel camera installed and every time a new device comes out, understanding on what the manufacturer’s thinks about the camera becomes increasingly important. After all, take the HTC First when it became the (pardon the pun) first Facebook Phone — there was so much potential for that phone, but when you considered why you would buy it, would it be because of Facebook? No, you can install the app anywhere. For me, it was all about the camera and the fact it had a 5-megapixel lens wasn’t that impressive.

One need only look at the latest Windows Phone coming from Nokia (or is it Microsoft?) to understand how important a camera is to consumers. After the launch of the Lumia 920 phone, Microsoft launched a marketing campaign pitting its device against the iPhone 5 and Samsung Galaxy S III to see which camera is better. The results are mostly subjective to the individual, but that hasn’t stopped Microsoft from striking back saying that its camera is superior.

And with the growing popularity of phone photography, a whole ecosystem has sprouted up complete with accessories that can be attached to your device, like an Olloclip, to make it the next-generation dSLR. Just take a look at news today where Sony introduced the world to its QX10 and QX100 lenses designed to turn your smartphone into a “premium point-and-shoot” device.

Why I love my dSLR

I’m an avid photographer and at one point went around capturing the technology scene and conferences like DEMO, TechCrunch Disrupt, South by Southwest, and other events. I would never have dreamt of using my iOS, Android, or Windows device simply because I rather enjoy the manual control that I have over my dSLR.

The ability to manually adjust the aperture, ISO, white balance, and make other adjustments on a camera is an art form in my opinion — something akin to being an master with a skilled blade. In my perspective, I see phone photography as being a great thing, but it’s not to the point where I’m willing to abandon my dSLR. Sure, I’m not going to lug my Canon 7D with me around San Francisco as I hop from party to party or be in a crowded event like SXSW (although I have before). The risk of damage is too great and that’s why I’d temporarily part with my gear.

Cameras on smartphones are certainly improving with each passing model, but it’s not well suited for things like low-light and also zooming — the closer you zoom in, the more pixelated things get on your smartphone, which is something we’re all aware of. But since dSLRs also capture photos with a higher megapixel count and you can swap on better lenses, any disruption to your image is minimized. Right now, it’s an issue on smartphones.

There’s no doubt that soon Apple, Samsung, Nokia, HTC, or Motorola will come up with the most superb lens ever on a phone. But until then, there’s still a dSLR in my future.

Apps make it difficult for me to say “no”

Everyone certainly has their own preferences about cameras, but for me, dSLRs appeal to me the most due to its flexibility of post-production work. However, it’s not to say that this advantage will stick around forever. Photography apps on smartphones are rapidly getting better and it’s getting to the point where it’s becoming on par with what you could do with a dSLR.

Whether you look at Camera+, Oggl, KitCam, or any other service, you’re going to see more control and features to help improve the quality of your photos. And we’re not talking about filters either: look at what Flickr did last week with the addition of advanced tools to let photographers enhance, crop, sharpen, balance color, use Levels, add vignette, and more.

Google+ is also getting into the game as it rolled out new tools to improve the quality of photos.

As technology continues to improve, I’m sure that I’ll eventually make an even bigger shift away from my dSLR to my mobile device. But not quite yet.

Read next: Jelly Bean now installed on 45% of active Android devices, as successor KitKat waits in the wings