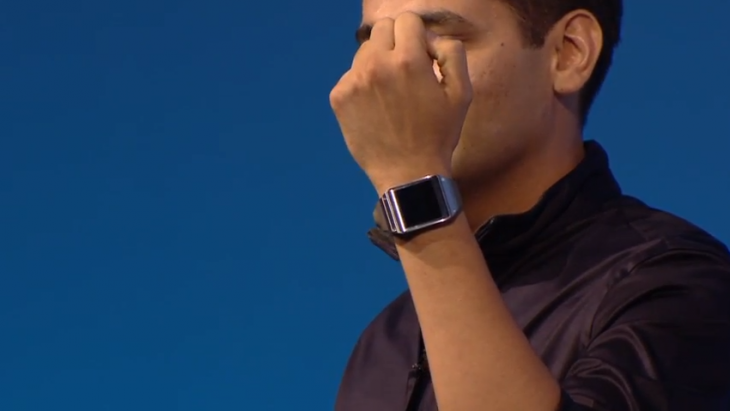 Private social network Path is diving head first into the age of wearable computing. As the world watched the unveiling of the Samsung Galaxy Gear smartwatch, it was revealed that Path would be among the first companies to have its app installed on the device.

Most of the functionality that exists within its mobile apps have been brought over to the smartwatch version. Path says that users can share photos, give feedback to their friends and family members, post their location, and receive notifications. But due to the fact that the Galaxy Gear screen size is much smaller than a phone, there will be some obvious limitations — it’s doubtful that you can record a full 15 to 30 second video from it or even select from a plethora of sticker packs, at least for the first version.

However, given that the Galaxy Gear will work in a similar manner to the Pebble smartwatch whereby it works alongside Samsung’s Note 3 phone, Path moments could easily be shared through multiple devices.

This certainly isn’t Path’s first foray into the wearable computing market. It also has become one of the first companies to have an app for Google Glass.

Like building for Google Glass, we had the privilege to build Path on Samsung’s Galaxy Gear from the ground up. Starting with a blank slate is one of the best parts of product development. Working with the new form factor and screen dimensions proved challenging, but we think the conscious decisions we made about what features to include will set Path apart.

Path joins the likes of Highlight, Glympse, Evernote and others as becoming available on the Samsung Galaxy Gear.