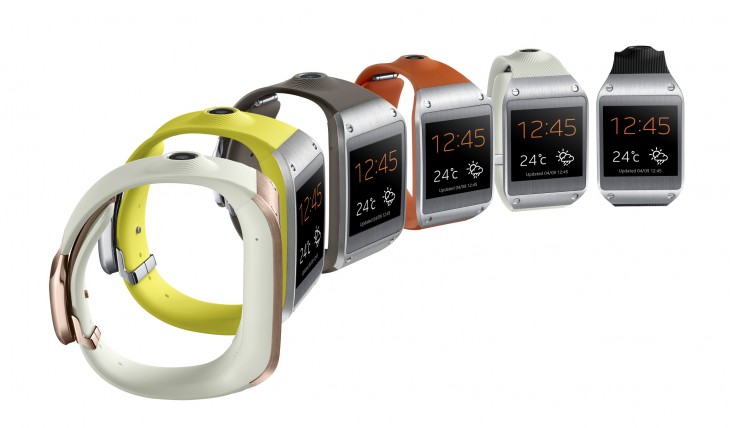 By now you all know that Samsung has unveiled its first smartwatch it’s calling the Galaxy Gear. But what makes this device so interesting that consumers will want to buy it? Is it the fact it tells time? No, because that’s what a watch is fundamentally about. It’s about the ability for it to communicate with others and use the apps and technologies people have come to expect from companies these days.

Wearable computing is apparently all the rave in the consumer electronics world. Companies want us to be better connected with the world through apps and services while also making it more convenient to do so. It seems that they’re content with the idea that people want to have a device that blends the watch with the smartphone while having the smartphone connected to it in their pocket.

Samsung’s Galaxy Gear is the latest entrant into this growing market (revealed the same time as Qualcomm’s own smartwatch), so what makes it so compelling? It has to be the apps — so let’s take a look at them (in alphabetical order):

Atooma is an app that will enable the Galaxy Gear to follow through on conditional orders, meaning it can respond to “if-then” actions, such as triggering an action during a specific time of day or where it is right now, or battery level. It allows users to automate their smart device, almost like there’s a psuedo-psychic link between you and the device … or what Google Now could be.

One of several location-based apps to be supported on the Galaxy Gear, Banjo will live stream photos from anywhere in the world, whether it’s your favorite music, sports, or breaking news event. You remember that scene from Mission: Impossible (the one with Jon Voight and Tom Cruise) where Voight’s character is seen through a watch? Yeah, that’s kind of like what Banjo will be doing.

Evernote’s smart watch app will leverage the Galaxy Gear’s wrist strap camera where you can easily take photos and share it to your notebook. Or, you can pull content from your account and display it on the watch’s display.

Glympse is the second location-based app and seems to transform the Galaxy Gear into a Nike Fuel band by tracking your movement and also functioning as a GPS tracker for people who want to know where you are. The app will let users share their real-time movements on a map for a set period of time. On the device, they will receive and view messages on a dynamic map or have the ability to respond to location requests.

The only commerce app Samsung handpicked to be supported, eBay’s Galaxy Gear app allows users to complete all of their transactions in the marketplace right on the smartwatch. It wouldn’t surprise us if you could find an item you wanted to buy from a retail store, snap a photo, and have it delivered to you through its eBay Now service.

The only messaging service for Samsung’s smartwatch, device owners can use Line to have IM conversations with their friends — and even send stickers!

One of two fitness apps on Galaxy Gear — looks like Samsung really is hedging its bets that the device will be a hit with those consumers that like to work out. With MyFitnessPal, its app offers you the ability to monitor your goal progress, scan and log what you ate and how many calories, and track how active you’ve been that day.

Path brings its private social network to the Galaxy Gear, enabling people to post moments right from the watch. You can also share your location, receive notifications, and more. We’ve covered the app more here.

With Pocket’s app, users will be able to listen to articles and content that they’ve saved. Samsung Galaxy Gear uses Pocket Listen, which the startup released last year. Just open up the app and select an article and it will begin reading the contents of the story aloud. You can control the speed of the reading right from the watch.

The other fitness app, RunKeeper offers users a method in which they can track the distance, time, and pace of their run without needing to pull out their phones from their pocket. The service also utilizes audio cues that will display visually on the Galaxy Gear’s screen to help offer coaching tips and advice.

More out of convenience than anything else, with the TripIt app, you don’t have to whip out your phone to find out what time your flight is leaving or to receive notifications of delays or schedule changes — it’s on your watch.

Okay, so this is probably an interesting app for a smartwatch. With Vivino’s wine scanner, you can snap a photo of any wine and it will display all the information you need to know about it right on the Galaxy Gear. I suppose it’s going to make you look less awkward compared to taking a photo and Google’ing it?

And there you go … all 12 apps that Samsung touted would be available for its Galaxy Gear smartwatch. Of course, you can’t play with them now, because the watch isn’t available. But it’s interesting how Twitter and Facebook aren’t included on the list.

It’s fascinating to see how Samsung’s smartwatch stacks up against Pebble’s. One contains a camera while the other one doesn’t. The Galaxy Gear is rumored to be $299 while the Pebble will only set you back $150. But it ultimately could come down to the apps that are installed and the user experience.

All things being equal, would these 12 apps be compelling enough for you to get the Samsung Galaxy Gear?

Read next: This is the Yahoo logo that tested best among consumers