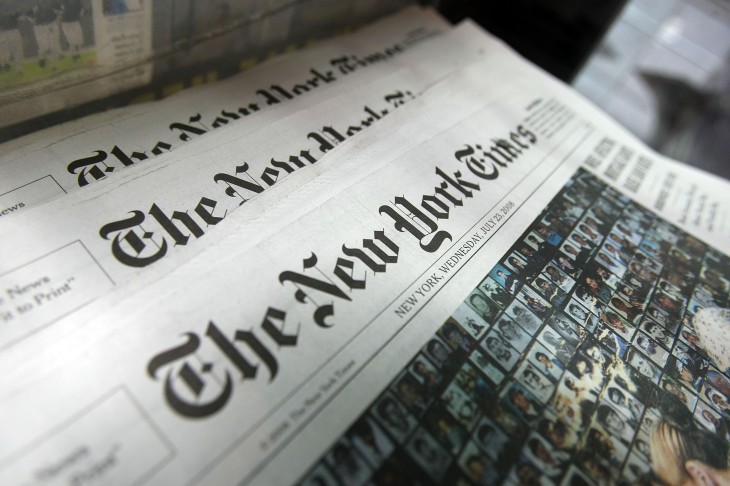 The New York Times is having another bad day as some subscribers are having difficulty accessing the site. According to Bloomberg, visitors were unable to load the site as early as 3:00pm EST and TNW staff have been unable to access the site. A New York Times spokeswoman attributed the outage due to an “external attack”.

New York Times confirms to me that they suspect their website has been hacked.

The newspaper’s mobile and tablet apps also appear to be down.

Today’s outage is much different than the one it experienced just two weeks ago. In that instance, the downtime was the result of a routine maintenance glitch. During that crash, the New York Times’ website and mobile apps were affected. Interestingly, to help promote its content and keep people informed, the publication resorted to using Facebook to keep its readers happy — full stories were posted on the social network.

This time, however, is different — its latest story was shared about an hour ago and is filled with comments complaining about the outage.

Concurrent with the Times outage, the Syrian Electronic Army (SEA) took credit for changing the WHOIS domain information for Twitter.com.

Earlier this month, the newspaper was indirectly affected by an SEA breach of content recommendation service Outbrain that allowed the hacker group to deface a recommendation widget on publishers’ websites.

Update 1: The New York Times has confirmed that its site went offline due to an attack on its registrar, Melbourne IT.

Update 2: As of 8:00pm PST, The New York Times domain nytimes.com has had its DNS information restored to the publication.