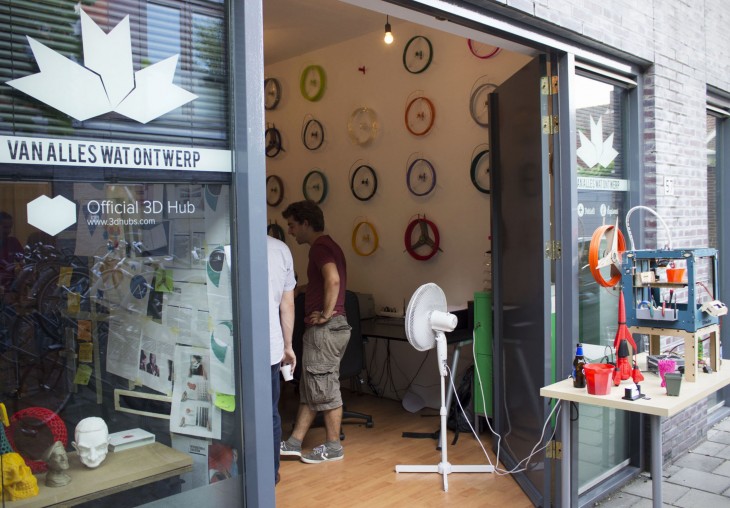 Over the last few years, 3D printing has developed rapidly and grown in popularity – but very few of us actually own a 3D printer.

3D Hubs is trying to solve this problem with a new Web-based platform that connects creators with anyone that is happy to rent out their 3D printer in the local area. Launched publicly today, designers can upload their design and then choose from available print locations on an interactive map.

The owner of the 3D printer then completes the design – earning some money and experimenting with a new project along the way – before meeting up with the creator to exchange the finished article.

The hope is that 3D hubs – hence the name – will emerge internationally and encourage new printers and makers to register with the service. European cities are ‘unlocked’ once 10 3D printers are listed, in comparison to 20 for other international locales.

A 3D Hubs Mayor is then appointed to organize community events and keep everything running smoothly; unlocked cities so far include Amsterdam, London, Copenhagen and Brussels.

“Much like music did with the rise of the Internet, manufacturing has begun to take an industry-changing peer-to-peer form. 3D Hubs is at the forefront of this trend, enabling anyone with a 3D printer to make customized local goods for their community.”

Read next: Google releases a Chromecast app for iOS to help users set up and manage their $35 TV dongle