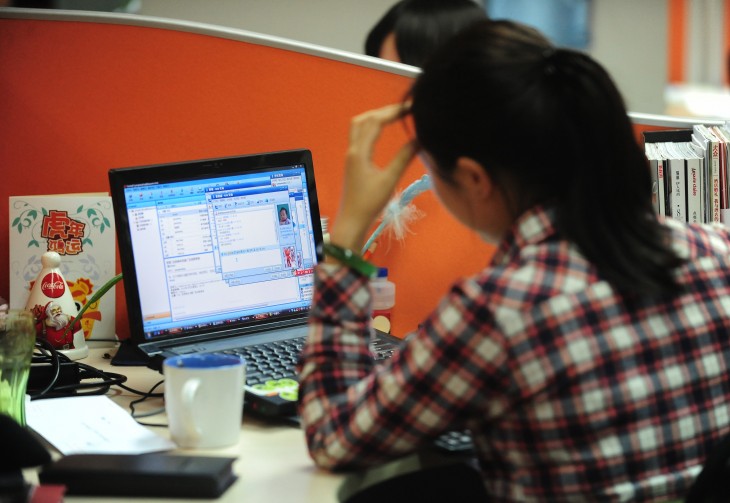 I had that conversation again.

The one where I’m asked if the Internet is a safe place for children, or whether the creators of Facebook and Twitter are to blame for online bullying, abusive comments, or any horrible behavior on the Web.

Except this time, I wasn’t having the conversation with my parents, grandparents or less tech-savvy relatives. It was my brother, a graphic designer in his mid-twenties who knows his way around the Web. He’s the sort of guy who runs a custom-built online portfolio. Heck, someone’s even created a spoof Twitter account for him.

It was following the revelations that Hannah Smith, 14, had killed herself after being bullied extensively on the social networking site ask.fm. I can’t remember my brother’s exact words, but it was along the lines of: “Do you think we need to look at this? Is there a problem with the Internet?”

Yes, it’s a topic that needs to be debated in an open and frank manner. The Internet continues to grow exponentially and it’s right that we take stock of what it has become every now and then.

In my view, the way that young people access the Internet and communicate with one another online does need to change. But not from the angle that politicians, campaign groups and disgruntled parents are trying to tackle it.

Much of the blame has been piled onto ask.fm. It was the same response when feminist campaigner Caroline Criado-Perez was subjected to a deluge of abusive comments on Twitter. Many critics immediately started questioning what the company could do to discourage such spiteful comments. Del Harvey, Twitter’s Senior Director of Trust and Safety, was forced to respond pretty quickly and reaffirm the company’s policies.

The Internet is akin to the physical world in that it is an incredible place for children to learn, make friends and mature into intelligent, sensible and generally brilliant human beings. But the physical world can also be a dark, scary and dangerous place – both for young people and adults.

Parents, teachers, anyone really, that wants to see our society reach new heights, should have it in their best interests to guide the next generation. It comes down to understanding the sites that young people are visiting and who they are communicating with. The content itself shouldn’t be censored or removed – the tack that UK Prime Minister David Cameron appears to be taking with pornography – but about teaching children to make their own decisions.

In the real world, we tell our children not to talk to strangers. That’s not a rule for life – as an adult, there’s nothing wrong with talking to the person next to you in a bar, at a football game or a music concert. After all, it’s often how we meet new people, make friends and find a partner. But we don’t speak to absolutely everyone. We know who and what looks safe, built up over years of experience (and perhaps a little trial and error).

The Internet should be the same. Message boards and Web-based platforms such as ask.fm and Formspring grant users a considerable amount of anonymity. By and large, they are strangers to new users. Which isn’t to say that they are dangerous or bullies – I met some of my closest friends on forums growing up – but it’s about knowing what’s appropriate for you.

Parents, teachers and everyone that uses the Web should be teaching young people the skills needed to make these decisions. There are parallels with the physical world, but clearly there are some differences too – otherwise we wouldn’t be debating this so feverishly. We need to be reframing these age old life lessons in the context of the Internet.

Some of these skills might seem pretty obvious, but they’re important to embed early on. If another user starts targeting you with abusive comments, leave the conversation. If it persists, report their behavior or block the user from your feed. If none of these tools are available, request that they be implemented and if the creator declines – which they have every right to – consider moving to another service. After all, what are you gaining from using a platform that just makes you unhappy?

It’s not like there aren’t alternatives. Try Google+. Give Path a whirl. Register with another forum. Young people are pressured into using what’s hip and trendy by their peers, but it’s the same lesson that we teach children in the real world: Make your own decisions. Be yourself. Don’t be pressured into doing anything that you don’t want to.

When I was very little, my parents used to sit in the garden and watch me run around like a madman. Then they used to watch me play in the surrounding neighborhood with other children. Finally, when the time was right, they were happy for me to head out and explore the world on my own. It wasn’t coddling. It was just sensible, parental guidance.

The same principles should be applied on the Internet. It can be a dangerous place, so parents should be there to guide their children through the first steps. Every young person is different – some will need more time and assistance than others – but it’s paramount to pass down that skillset and know that they’re well-equipped to make their own decisions.

Be a good citizen on the Web

Regulating the Web should be exactly the same. We shouldn’t need governments or ISPs to police certain sites or ban specific types of content from the Internet. That just sparks a whole other debate about freedom of speech – and anyway, parents can do it themselves with browser settings and filters if they feel it’s appropriate for their child.

The emphasis here should be on promoting good citizenship on the Web, rather than blasting the services that facilitate how we interact with one another. Just like the real world, the Internet has its equivalent of the local bookstore, youth club, museum and jungle gym. The places we want children to explore. The Internet is pretty incredible and we don’t recognize that enough – it’s more than we ever had when we were growing up.

Neither Twitter, Facebook or Snapchat create our messages, phone calls and photographs. They can incentivize specific user behavior – and perhaps that should be looked at – but it’s ultimately us, normal people, that communicate with one another and publish our thoughts online each day.

So instead of pointing the finger at these services and blaming them for online bullying and hurtful comments, concerned parents, politicians and lobbyists should reconsider their approach to the Internet. It’s unfair to label it and the companies that work within it as the harborer of all evil. It’s how we use them. It’s how our children use them. That calls for better guidance and self-regulation from all of us. No exceptions.