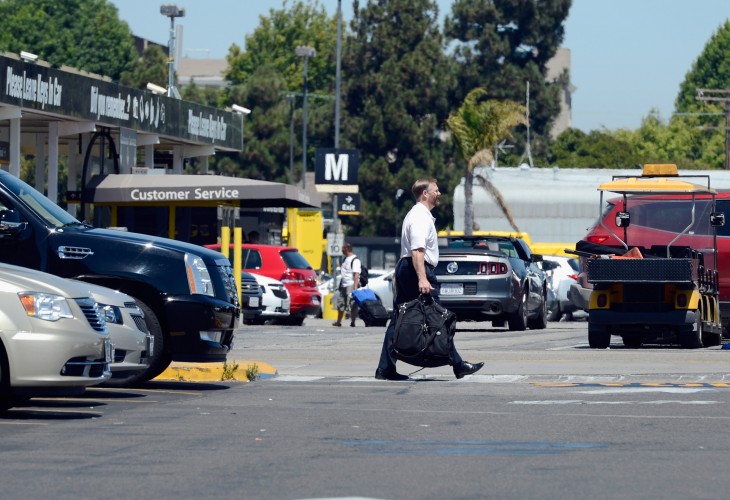 Airport car-sharing service FlightCar, a startup which helps car owners make money off of their idle vehicles, has just launched FlightCar Monthly: a new program in public beta that will pay up to $400 per month for unused cars to made available for travelers to use at either Boston’s Logan International or San Francisco International Airport.

The company aims to tackle the “crowded city parking problems” by bringing those vehicles to the airport for others to use.

Seeking to further capitalize on the $30 billion car rental industry, the Y Combinator alumnus is looking for those car owners who have vehicles either sitting in their garage or are seldom used, save to move it occasionally for street cleaning. Those who participate will have their vehicles stored in FlightCar’s lot near the respective airports for travelers to use — akin to the Airbnb model.

This is different from what FlightCar offers right now, as it’s a tit-for-tat model whereby customers departing on trips can leave their cars to be used by arriving passengers. With the monthly program, it’s targeting residents in the city and surrounding neighborhoods who find themselves dealing with high parking costs and also what the company says “time-consuming hassle associated with competing peer-to-peer car-sharing, which requires a lot more effort.”

Company CEO Rujul Zaparde said in a statement: “FlightCar launched as the first company to tackle airport congestion and over-priced airport parking and car rentals for travelers, and then we realized local residents who lived downtown were using FlightCar just so they wouldn’t have to pay garage fees or deal with street cleaning.”

Here’s how it works: if you feel your vehicle is being neglected and you want to make some money off of it, FlightCar will pick it up and host it in their free secure parking facility. For at least 30 days, the car could be rented out to people visiting the city and in search of an affordable car option. Owners can use their car anytime they want, assuming it’s not already reserved — FlightCar gives them free rentals four out of the 30 days, and if their vehicle isn’t available, they can choose another car that’s of equal size or larger.

In the event that the owner wishes to use their car, they can make their way to the airport and a FlightCar driver will pick them up and take them to their car — but one hour notice is required . On the other hand, with five hours notice, the vehicle can be brought to the owner by a company employee. It will cost you $20 for either pick-up method and is automatically deducted from your monthly earnings.

So how do you determine what your monthly earnings could be? It depends on the make and model year of your vehicle.

All FlightCar vehicles will receive $1 million in insurance so you don’t have to worry about anything in the event your car gets lost, stolen, or damaged. All renters will be screened before a car is rented, meaning background checks on driving and criminal records. How far vehicles can travel is also limited as FlightCar promises cars will only go 1,200 miles per month, but for those that exceed that amount, owners will be compensated $0.35 per mile for everything over that.

Although looking to appeal to business professionals, college students, downtown residents, and monthly customers of public parking garages, the convenience factor could be a mitigating factor. FlightCar offers options to pick up the car, but how close are most people to either the Boston or San Francisco airports? And some people may choose to be spontaneous with their travels, such as going on quick errands out of the city.

Making your way to the airport (yes, you can use Uber, Lyft, Sidecar, a taxi, or public transit) may be an imposition as that will add extra time to your commute — plus don’t forget having to drop off the car later. Wouldn’t a more convenient way be through using services like Getaround? That way, the car stays near you and you can still rent it out for periods of time.

Since its launch, the startup hasn’t received any complaints from city or state regulators over its car-sharing service. However, it is embroiled in a lawsuit with the San Francisco airport authority over fees for transporting customers.

The company tells us that it’s seeing some growth in the past few months. Over the past 45 days, it has seen its listings of available vehicles double from 1,000 to 2,000 and the amount of rentals have increased to 2,200 from 1,800. FlightCar is already looking into further expansion of its brand, with plans to open up in Los Angeles in fall 2013.