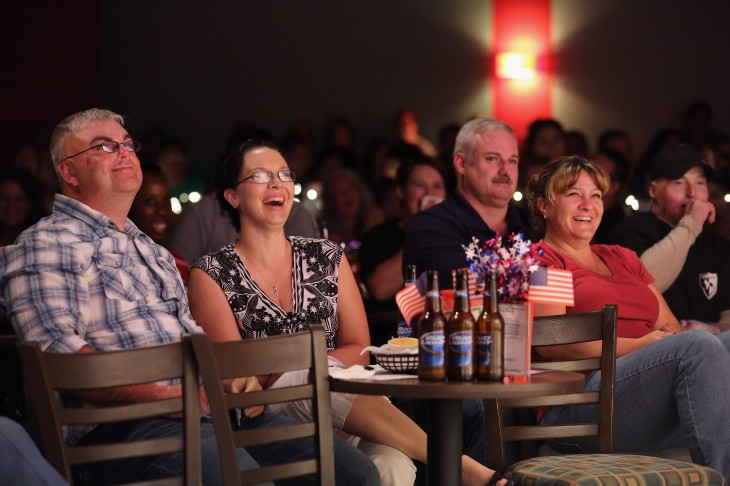 Users of Spotify’s desktop and mobile service can install the Official Comedy app and gain access to an aggregated playlist of stand-up performances and other content. Whether it’s Seinfeld’s “I’m Telling You For The Last Time” show, Ansari’s “Dangerously Delicious”, or performances by Ellen DeGeneres, Kevin Hart, Chris Rock, Jeffrey Ross, and others, Spotify thinks you’ll find non-stop laughs right at your fingertips.

In teaming with Bedrocket Media Ventures, Spotify receives a breadth of comedic works from one of the top online media destinations in that genre. Bedrocket launched Official Comedy in 2012 as a YouTube partner where it offers not only a curation of comedic videos, but also its original programming and parodies.

Listeners can choose to listen to comedians based on themes (specifically what’s “funny now”), by their act, or by playlist. Sample playlists include “Who Doesn’t Love A Good Sex Scandal?” or “We’ve All Got Royal Baby Fever!”

The Official Comedy app is available for free and can be downloaded from within Spotify starting today.

Read next: Google launches redesigned Zagat app for iOS, Android and the Web focusing on curated articles and videos