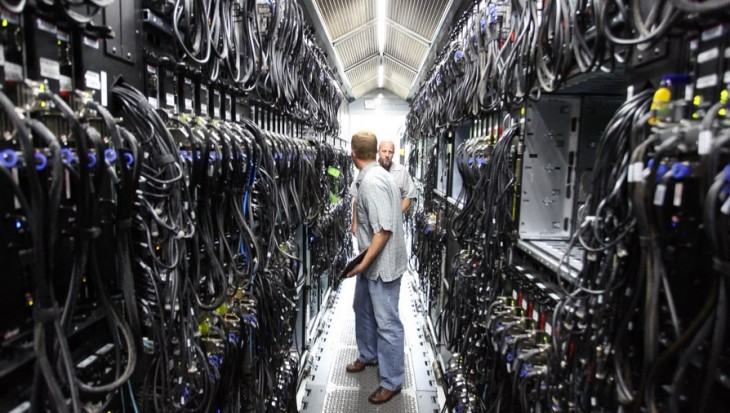 The NSA can track real-time events such as email logins or the sending of email, and the logging in or out of a user to a chat service according to the Washington Post.

New PRISM slides shed further light on the program, a facet of the wider NSA surveillance programs that have in essence, along with cohort efforts by other nations, ended digital privacy. Contained in the new information is the inference that someone is lying: new allegations of government hardware on-premises at technology companies surface, placing earlier denials by firms that you know and use into doubt.

The slide and added explanation of the surveillance program’s data collection practice follows:

You cannot equivocate with the phrase “on the premises of private companies,” and the passage of information thereof to “one or more ‘customers’ at the NSA, CIA, or FBI.” Either there is physical hardware installed by the government, or not. From what we have learned along the route of this specific scandal, I cannot clear this specific cloud; we have firm, public denials, and the above information in apparent diametric opposition.

Original PRISM notes from Edward Snowden’s leaked slides included the information that data in PRISM was being collected “directly” from the servers of companies such as Microsoft and Apple that took part in the program.

Now, to the new information that you must understand. Here, according to the NSA’s own internal slides, is what PRISM can collect:

That list isn’t surprising in its breadth, but instead is curious as to the implied speed of the NSA’s ability to collect information regarding certain actions in real-time. For it to do so would either require relevant-company participation in either the passage of such information as the events occur, or direct government data collection on site or via an established connection that was built with corporate understanding.

There are two sides to the NSA’s data collection practices: large-scale sweeps, and programs such as PRISM that avoid the chaff and instead simply demand the wheat. So, as the NSA and GCHQ – Britain’s ‘Government Communications Headquarters,’ its NSA equivalent – and others are also tapping directly into the core fibers of the Internet and collecting information wholesale, programs such as PRISM allow them to be handed the needles fresh from the haystack.

Read next: Why startups are taking social networking offline