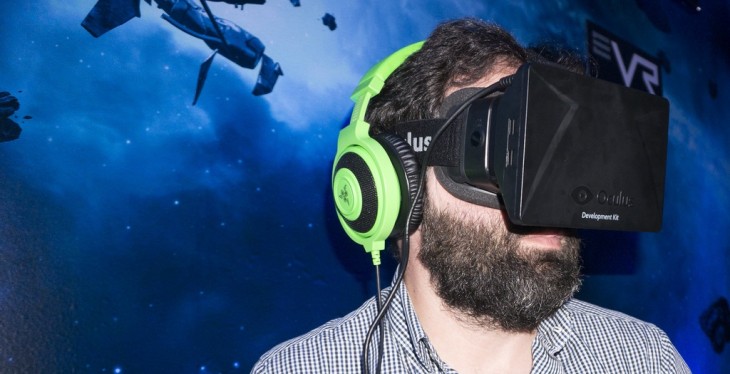 Oculus VR has announced completion of a $16 million Series A round co-led by Spark Capital and Matrix Partners to help the company more quickly build out a “full virtual reality platform,” beginning with its much-talked-about Oculus Rift headset.

Founders Fund and Consumer 8 also joined in on the round.

“Oculus began with a single mission: to put players inside the game,” Palmer Luckey, founder of Oculus VR and inventor of the Oculus Rift, said in a statement. “This investment allows us to deliver immersive and affordable virtual reality to players everywhere.”

Oculus VR first showed off a prototype of its 3D stereoscopic headset at E3 last year and generated significant buzz again at this year’s show. The company has shipped development kits to Kickstarter backers, but it has yet to announce a consumer ship date or price for the device.

In Monday’s announcement, Spark’s Politi described Oculus as”one of the only companies in the space with something completely new and disruptive.” Meanwhile, Rodriguez described the company as closely matching the “Metaverse“, a reference to a virtual reality world that was first coined by Neal Stephenson.

“Though we are in the business of investing in the future, it is rare to see a team that seems to have jumped directly out of the pages of “Snowcrash” or “Ready Player One.” When Oculus’ CEO, Brendan Iribe, first brought the demo over to our office, it was one of those moments that inspire a mix of deja vu (because you’ve read about concepts like this so many times before) with a sense of wonder about just how much of science fiction is possible today,” Rodriguez wrote in a blog post announcing the deal.

Spark Capital and Matrix Partners likely just made a bunch of new friends, as their participation should help reduce the amount of time gamers will have to wait to get their hands on Oculus Rift. This is seriously futuristic stuff, and it has already garnered plenty of support from developers at Valve, Unity and Epic Games.