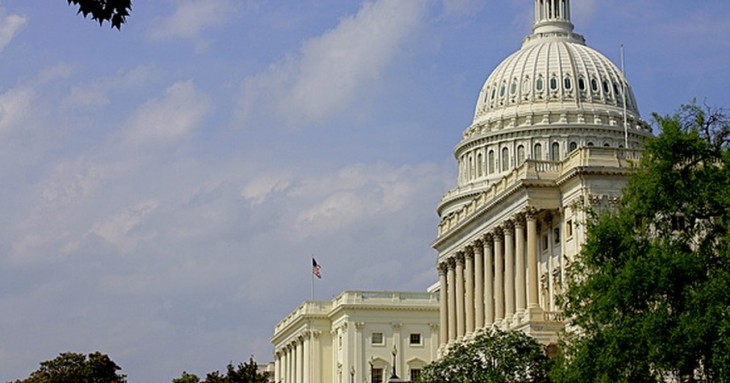 TNW, and myself specifically, have been critical of the NSA’s telephonic and Internet data collection practices. It’s important to keep all perspectives in mind, of course, so I want to draw your attention to an op-ed by Rep. Mike Rogers, published in the Detroit Free Press.

In the article, Rep. Rogers defends the NSA’s activities, calls Edward Snowden a felon, and states that Al-Qaeda is changing its communication practices following the leaks. I’ll avoid providing commentary until after the Representative has had his say. Below are the key excerpts:

Neither program allows the NSA to read e-mails or listen to phone calls of American citizens. Both programs are constitutional and do not violate any American’s Fourth Amendment rights. Both are strictly overseen by the Foreign Intelligence Surveillance Court, a federal court created in 1978 to protect the rights of American citizens in the course of foreign intelligence gathering.

The first program allows the NSA to preserve a limited category of business records to help identify foreign terrorists and their plots to attack the U.S. This court-authorized program allows NSA to preserve only phone records such as the numbers dialed and the date, time and duration of calls. These records do not include the names or personal information of any American and do not include any content of calls.

The effectiveness of these programs depends on them being kept secret from the foreign terrorists they target. It is much easier for terrorists to hide from us if they understand the sources and methods of our intelligence gathering. We have already seen al-Qaida begin to shift their communication tactics as a result of these leaks, and it will now be much harder for us to find them.

It’s interesting to note that PRISM, which sparked much of the current furor over data collection, and the phone metadata collecting practice which is now under legal challenge, are no longer the chief issues at the moment, regarding the NSA and privacy.

Other leaks detail wider NSA activity that collects information wholesale. Therefore, PRISM, as a more targeted program, is something of a canard in front of other NSA practices; to defend it and not address larger programs is to avoid the crux problem.

The AP reported recently a tract of information that details precisely the scale of the NSA’s data collection efforts, dating years into the past:

That specific revelation won’t come a shock to those better in the know about NSA activities. However, for the larger public, the scope of its work will certainly come as a surprise.

Here’s the nub of Rep. Roger’s argument: “[T]hese narrowly targeted programs are legal, do not invade Americans’ privacy rights, and are essential to detecting and disrupting future terrorist attacks.” In a very real way, there is a trade-off between privacy and security; we could allow for blanket surveillance and perhaps lower the incidence of terror-related activities, from sources foreign and domestic.

However, as a country, we’ve agreed to certain curbs and restrictions on the government’s ability to know what we are up to through both constitutional amendment, and the document’s implied right to privacy. We can change those elements of our laws and corpus documents. However, we owe it to ourselves to make those decisions in the open, as a society, and not by elected officials who fail to keep us in the loop on our own laws and regulations.