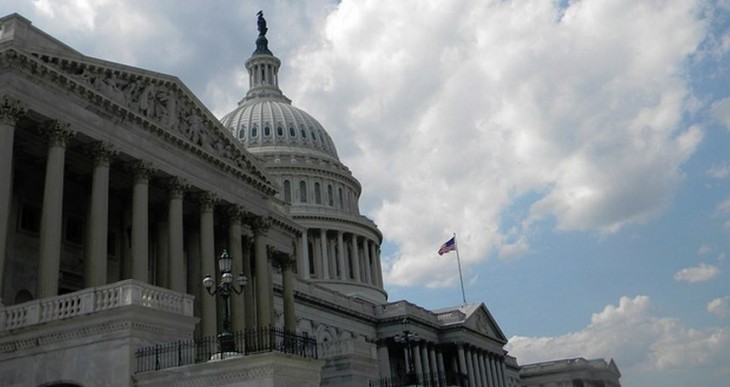 It’s the weekend, but I trust you have enough mental clarity to follow something simple: you have no digital privacy, full stop.

Odd that the first functional argument against the cloud would find its sourcing in Washington, but this is the reality that we live in. Earlier today, TNW’s Martin Bryant published a mild-mannered article with the title “PRISM update: Recent reports you definitely shouldn’t miss.” He was quite right, but not nearly severe enough.

The AP has done an admirable public service by releasing what we’ve been trying to understand for the last week. Simply put, PRISM is only a small piece of the NSA’s larger digital surveillance efforts.

This is not a surprise to some, especially those marinated in the privacy scandals of the early 2000s. However, we all weren’t part of that fight, and PRISM has brought the issue back to the fore. It’s worth noting our current situation, and how the newly leaked program fits into it.

Deep in the oceans, hundreds of cables carry much of the world’s phone and Internet traffic. Since at least the early 1970s, the NSA has been tapping foreign cables. It doesn’t need permission. That’s its job.

But Internet data doesn’t care about borders. Send an email from Pakistan to Afghanistan and it might pass through a mail server in the United States, the same computer that handles messages to and from Americans. The NSA is prohibited from spying on Americans or anyone inside the United States. That’s the FBI’s job and it requires a warrant.

Tapping into those cables allows the NSA access to monitor emails, telephone calls, video chats, websites, bank transactions and more. It takes powerful computers to decrypt, store and analyze all this information, but the information is all there, zipping by at the speed of light.

“You have to assume everything is being collected,” said Bruce Schneier, who has been studying and writing about cryptography and computer security for two decades.

Well then. PRISM, it turns out, is essentially a method for the government to focus its data collection practices. Happily, its disclosure via Snowden has allowed our society another discussion about what privacy should entail, and what our constitutional right to privacy in fact is. This isn’t a small question.

One politician had a clear take on the larger situation years ago:

This administration also puts forward a false choice between the liberties we cherish and the security we provide […] I will provide our intelligence and law enforcement agencies with the tools they need to track and take out the terrorists without undermining our Constitution and our freedom.

That was then-Senator Obama. President Obama appears to be in contention with his former self and person.

I want to be safe. So do you. But we also have to understand that the price of privacy is that we may lose some defense against attack. What we gain, however, is our own personal agency. Everything you have done online is stored somewhere, by your government, for use at their discretion, either with a warrant or without, depending. And your phone records, but CNET was wrong to claim that your calls themselves are listenable sans warrant.

The question is simple: would you rather have digital, and telephonic privacy, and do you trust the government to be responsible with your data, or would you rather take a larger risk regarding your physical safety. It feels odd to ask that question in light of a rather cut and dry Fourth Amendment. Especially when you consider why the Fourth was written, and enacted to begin with.

The disclosures concerning the extent of the US government’s data program are causing upheaval at home, but the President isn’t  immune from criticism abroad. According to The Hill:

The National Security Agency’s collection of online data has created a firestorm of controversy in Europe, where privacy is highly valued.

U.S. allies are expected to press Obama over the issue in one-on-one meetings, and the fight over the programs threaten to be a distraction from White House goals to reach consensus on the next steps in Syria.

Given that we have granted ourselves primacy over their citizens private digital information, whenever we desire, their leaders aren’t likely enthused. What was once known to some is now known to all. Never has an intranet been so appealing.

Read next: Pandora, Zillow, and Brightcove are back on the NASDAQ's Internet Index