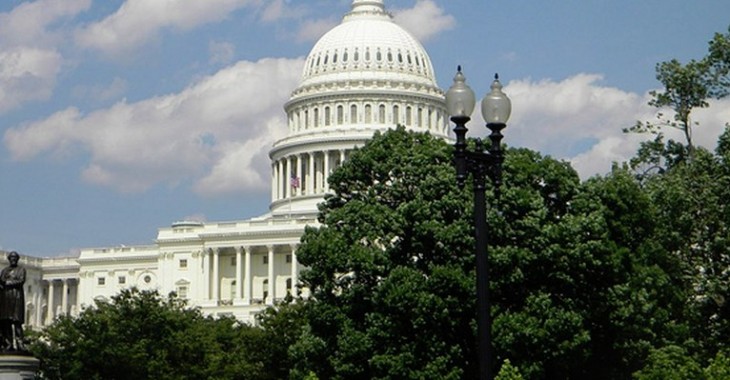 The NSA’s phone and Internet data collection and surveillance programs have garnered praise, scorn, and everything in between since they had their secrecy abrogated over the past week.

While most of the two programs’ support comes from inside the government, the activities have also found opposition from members of Congress, in both chambers. There are several proposed laws that are worth knowing, so let’s dig in.

According to Senator Wyden’s website, he will introduce legislation along with Senator Udall to “limit the federal government’s ability to collect data on Americans’ without a demonstrated link to terrorism or espionage.” Their beef stems from the idea that the government has a “secret interpretation” of the Patriot Act that is used to abuse the law.

Sen. Udall: “Although I strongly believe some authorities under the Foreign Intelligence Surveillance Act provide valuable information that helps protect our national security, Americans with no link to terrorism or espionage should not have to worry that their private information is being swept up.”

Wyden: “The disclosures of the last week have made clear to the American people that the law is being interpreted in a way that damages their civil liberties and that the system has been set up to keep Americans unaware of the intrusion. When you combine this proposed bill with legislation introduced to declassify FISA court rulings, we are well on our way to better protecting those liberties and promoting an informed public debate.”

Defenders of the NSA programs will oppose the above; the Senate’s current filibuster climate would appear to imply that the coming bill from the two Democrats will face an existential struggle.

This bill would, in my initial reading, move to limit the purview of the Foreign Intelligence Surveillance Act to ongoing FBI investigations, and raises the burden of proof needed to enact information collection. It also changes the ability for ‘tangible items’ to be taken to require stronger levels of evidence for the need of their collection.

The Restore Our Privacy Act also improves the reporting requirements for FISA requests. Reports will be given to the public, and Congress, including the number of requests, and to our legislators, a description of each action and a note on its efficacy; did it in fact limit terrorism?

All of the above tightens the reins of what activities can take place under FISA, and greatly expands the internal and external monitoring oversight. You can read the full bill here.

Rep. Grayson’s act is simple, and succinct. Give it a read:

You have to enjoy the chutzpah of what Rep. Grayson has proposed. The above act would utterly choke funding for much of the NSA’s activities. No funding, no action, and no action is precisely what Grayson is trying to enact above. The bill is quite unambiguous.

There is an exception for probable cause, which appears narrow enough to prevent abuse.

The only bipartisan bill among this set, the LIBERT-E Act – god forbid that name sticks – was detailed by the two in the Huffington Post. An excerpt from their piece, on the Act’s two core premises:

First, rather than keeping a “relevance” standard that provides no meaningful limit on the mass collection of data, we propose that the government present at least “specific and articulable” facts that show that the desired information is “relevant and material” to an authorized investigation, and that the data pertain only to individuals under investigation. Federal courts created the “specific and articulable” standard decades ago to review certain police searches. It’s the same standard federal investigators must meet to access other electronic communications. By creating a tighter link between the data and the person under investigation, we can help prevent the indiscriminate surveillance of innocent Americans.

Second, we require the federal government to release significant opinions of the FISA court, which to date has operated in complete secrecy from the American public. Congress and the American people must know how the law is being interpreted to have an informed debate about surveillance and personal liberty.

The two also state plainly that “[t]he government has no business stockpiling so much of our data.” For those in favor of curbing the extensive NSA activities, the above could something of a best shot; it’s not too broad, and it has backing from a member of both parties. It also hits on the idea of secret law.

That’s the briefest of overviews of what is currently percolating on the hill. I would be surprised if more bills were not introduced in the coming week. Current NSA policy is something that many want to get on the record as against.

Read next: Microsoft announces Windows Azure is now used by over 50% of Fortune 500 companies