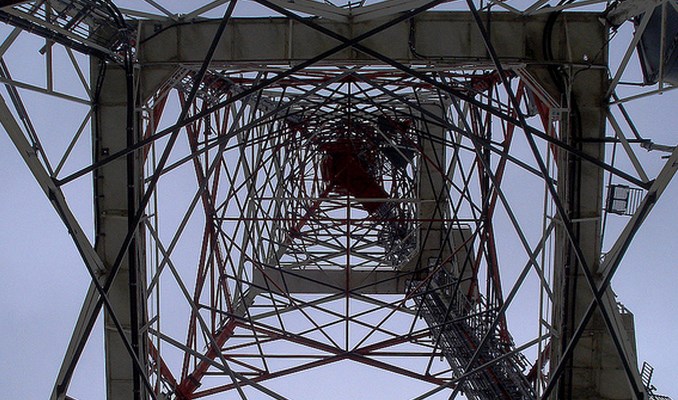 Pandora v. The Music Industry tumbles along. Today, in The Hill, Pandora announced that it has purchased KXMZ-FM, a terrestrial radio station. Haven’t heard of it? That’s fine, it’s based in Rapid City, South Dakota.

Why would Pandora go backwards technologically and buy a traditionally broadcasted radio station? It’s slightly complicated, but it comes down to money charged for content, and access to said content. The American Society of Composers, Authors and Publishers (ASCAP) has engaged in “discriminatory treatment” against Pandora, in its estimation, making it difficult for the online radio provider to compete with other players in its space. It intends to file motion in Federal Court.

Pandora is alleging anticompetitive behavior. Its statement regarding the purchase says that Pandora is in the “midst of the latest battle, in which ASCAP and its members have abruptly shifted away from 100 years of business practice and attempted to create a new right to ‘withdraw’ from ASCAP the right to license certain songs on what is essentially a case-by-case basis.”

The motion outlines how we believe ASCAP has violated the terms of its antitrust consent decree with the Department of Justice by (a) discriminating in license fees and terms between Pandora and other similarly situated licensees such as Clear Channel’s iHeartRadio; (b) failing to provide required transparency in identifying songs ASCAP claims it can license to Pandora; and (c) creating a scheme by which member-publishers can withdraw their catalogs from ASCAP’s license for Pandora but allow them to remain for everyone else, including competitors like iHeartRadio.

Now, to KXMZ. By purchasing the station, Pandora should now qualify for the same rules that other radio stations that have a terrestrial component enjoy. This means unrestricted access to music, and different royalty rates.

This should all sound somewhat familiar. As TNW reported in late 2012, a bill was introduced to Congress that would have aligned online radio royalty rates to fees charged to other radio providers:

The act is designed to lower the royalty rates that online radio providers pay, bringing their costs to deliver music to consumers in line with what cable and satellite radio stations pay. As it is widely known, terrestrial radio stations pay nothing to spin tunes. Thus, Internet radio providers pay the most, cable and satellite in the middle, and normal radio nothing.

At the time, a statistic was bandied about that Internet radio providers spend around 55% of their collected revenue on royalty expenses. Cable and satellite stations, by comparison, pay a fantastically modest range of 7 to 16% of their top line.  That situation is decidedly tilted.

It isn’t perfectly clear what the impact of Pandora’s purchase of KXMZ will be. Its intentions however are plain: Change the rules on us, and we’ll flip the situation and demand the same treatment of our competitors. If it will work, however, remains to be seen. Given what we have seen thus far, this isn’t over.

Read next: How does Google deliver court-ordered data to the government? FTP transfers, it turns out