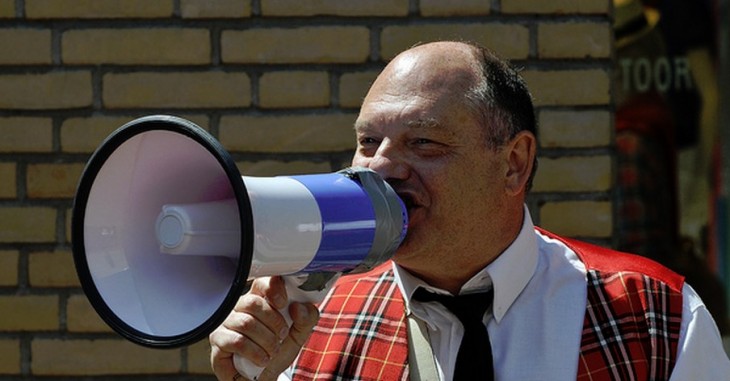 Today after a one year period of closed beta, AirPR opened its public relations marketplace to the world, and expanded its industry verticals to include lifestyle, and consumer goods genres. Previously, AirPR focused on technology companies; technology firms remains part of its mix.

Its model is simple to understand: AirPR works to link its pre-screened top PR talent to companies willing and able to pay for real talent. In an email to TNW, AirPR noted that some refer to it as the Match.com of PR.

It’s an apt analogy. Companies onboard with AirPR, answering a number of questions to help the service sort and find PR professionals that might best fit their needs. Bids are then recorded, and companies looking for help can then compare the firms who have offered their services. Every PR individual is quite different, just as every company’s needs are distinct; thus, the more harmonious the fit, the likely better the end result.

As someone on the other side of the PR-Media fence, I can say with complete honesty that there are a great number of truly amazing people in PR. Bright, dedicated, dilligent, honest, and always available, they make parts of my job far easier. On the flip side of that coin, some agencies are content to mass hire communications graduates and put them to work making my inbox a seething hell.

If we could improve the overall yield, I’d be in favor of it. In a real way, I’m hoping that AirPR can at once deliver on its promises, and find market uptake so that my professional life eases slightly.

AirPR curates, and matches PR pros to companies in need. To what end, is a decent question. The team at AirPR was nice enough to share several pieces of data that are worth parsing. First up, of the companies that went through the onboarding process, this is what they were looking for help with:

Companies that onboard are asked about their funding, whether they are self-funded, have taken funds from an angel investor, or cash from a venture capitalist. Unsurprisingly, the amount of capital a company has correlates to how they use AirPR; no firms that were bootstrapped accepted a bid from a PR pro selected by AirPR. 19 percent of companies invested in by venture capitalists did, however. More money, more stuff.

There has long been a divide in the PR world between small agencies, and the hulking behemoths, such as Waggener Edstrom. The bigger groups can have far greater access to resources of all sorts, and the quality of their work is sometimes reflected in their scale; of course, there are big, terrible PR companies as well.

It’s early days for AirPR, but their model appears solid. Let’s see how the market reacts.

Read next: Brilliant, crazed Brit straps a jet engine onto a bike and rides it to ludicrous speeds